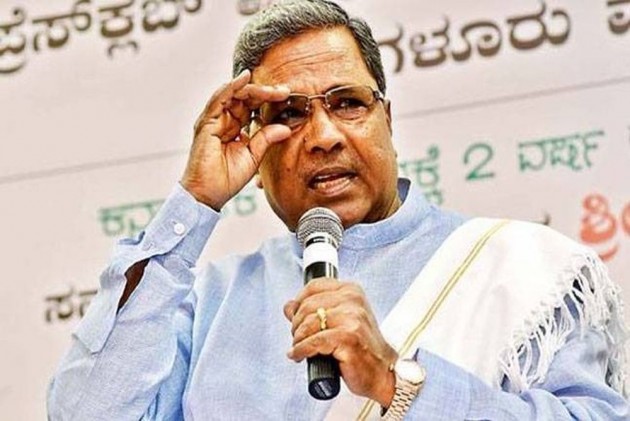 Four dissidents skipped the Congress Legislature Party (CLP) meeting in Bengaluru on Friday that was called as a show of strength in a counter to an alleged bid by the BJP to topple the coalition government in Karnataka.

The absence of four lawmakers posed no imminent threat to the seven-month-old Congress-JDS government headed by H D Kumaraswamy but suggested that all was not well within the
Congress which has been hit by dissidence.

In a notice issued to Congress MLAs ahead of the meeting, CLP leader and former chief minister Siddaramaiah had warned that absence of MLAs would be viewed "seriously" and action taken against them under the Anti-Defection Law.

As the meeting got underway, Congress sources said the absentee MLAs were: Ramesh Jarkiholi, who was dropped as minister in the recent cabinet rejig and is said to be extremely unhappy over it, B Nagendra, Umesh Jadhav and Mahesh Kumatahalli.

Jadhav has written to Siddaramaiah noting that a letter about the meeting has been affixed outside his room at the Legislators Home and that since he is unwell and not able to travel, he would not attend the meet.

He requested that his absence may be "excused."  Nagendra had said Thursday he may not be able to be present in the CLP meet because of a court case.

Ahead of the CLP meeting, senior Congress leaders in Karnataka asserted there was no threat to the coalition government while hitting out at the BJP for making "futile attempts" to destabilise it, saying the saffron party's conspiracy had been "exposed".

"All are in contact, you cannot say that any one person is not in contact...you (media) had listed out the names of those who may switch from the party.

Most of them have come, the others will also come," Karnataka Pradesh Congress Committee (KPCC) chief Dinesh Gundu Rao said.

He also said, "Let whatever happen, there is no threat to this government. It will complete five years. The BJP is making futile attempts to destabilise the government."

Pointing out that the Bharatiya Janata Party had confined all its MLAs in the state to a hotel at Gurugram in Haryana, Rao said he felt "pity" for them.

"There is no threat to this government... whatever they may try to do, the government cannot be toppled. The BJP's conspiracy has been exposed. Wait and watch what will happen
in the days to come," he added.

KPCC working president Eshwar Khandre said he had spoken to Umesh Jadhav (the Chincholi MLA), who had allegedly planned to switch to the BJP.

"He (Jadhav) has told me that he will remain in the Congress...I have trust in him," he added.

Both Rao and Khandre, however, evaded a direct response to a question about Gokak MLA Ramesh Jarkiholi, who has allegedly made up his mind to join the BJP.

"They (BJP leaders) will keep continuing with their 'Operation Kamal' (lotus). I am not bothered about it. It is (state BJP chief) Yeddyurappa's duty," Kumaraswamy told reporters.

Stating that he would not be available for two days and that he had a packed schedule, including a visit to Kolkata and personal programmes, Kumaraswamy said he called on
Venugopal as he would not be able to meet him during the period.

As the CLP was underway, Yeddyurappa said several legislators appeared to be attending the meet out of compulsion.

"Let them indulge in squabbles.... we have nothing to do with it."

He said the ruling coalition was claiming the support of some BJP MLAs and it was because of this that the party had decided they should stay together in a hotel in Gurugram.

In the 224-member Assembly, BJP has 104 members, Congress-79, JDS 37, BSP, KPJP and Independent one each, besides Speaker. BSP is supporting the government.

Two Independents have announced withdrawal of their support to the government. Yeddyurappa claimed they are backing the BJP.