Karnataka Religious Structures (Protection) Act also bars the construction of any religious structures in public places by the government or local authority without proper permission in the future. 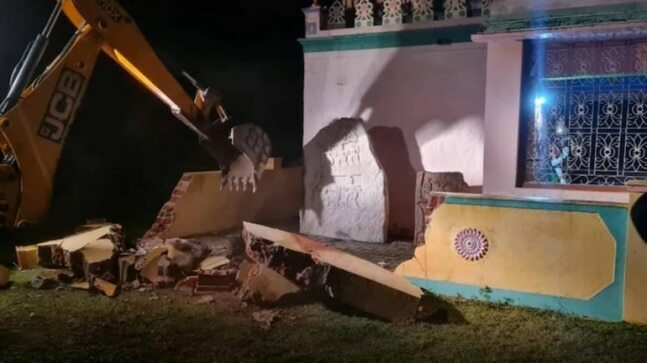 The Karnataka Religious Structures (Protection) Act, aimed at preventing the demolition of religious structures in public places, has come into effect following the assent of Governor Thaawarchand Gehlot.

The demolition of a temple in Nanjangud in Mysuru a couple of months ago had triggered public outrage following which the Karnataka Religious Structures (Protection) Bill was introduced hastily in the assembly. On October 19, the governor gave his nod.

The new law says, "Notwithstanding anything contained in any law for the time being in force or any judgment, decree or order of any court, tribunal or authority from the date of commencement of this Act, subject to the provisions of this Act, or the rules made there under the government shall protect the religious structures existing on the date of commencement of this Act, in such manner subject to such conditions as may be prescribed: Provided that no protection shall be done, if any case relating to their removal is pending in any court of law and in such other circumstances as may be prescribed."

The Act also bars the construction of any religious structures in public places by the government or local authority without proper permission in the future.

It further says that the district administration may allow religious activity in such protected structures, subject to custom, law, usage, and any other conditions as may be laid down by the state government from time to time.

The law gives protection to the state government as well as its officers or employees with the provision that no legal proceeding should lie against them for anything which is done or intended to be done under this Act or rules made thereunder.