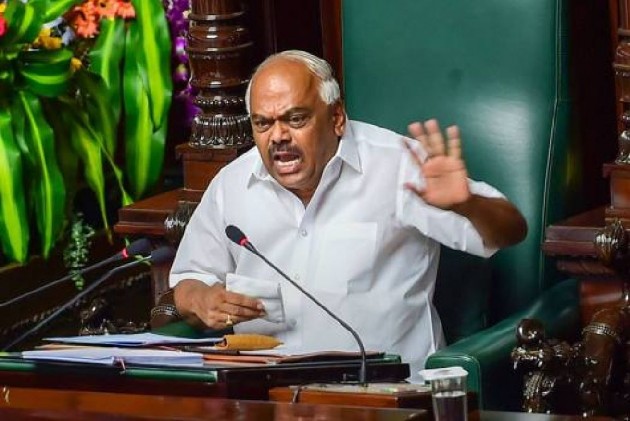 Karnataka Speaker K R Ramesh Kumar on Sunday disqualified 14 rebel MLAs under the anti-defection act till the end of the current term of the assembly in 2023.

The disqualification comes at a time when the ruling Bharatiya Janata Party (BJP) was contemplating moving a vote of confidence against Kumar if he doesn't resign from the post voluntarily.

Of the lawmakers who faced the action, 11 are from the Congress and three from JDS. "I have used my judicial conscience," said Kumar.

All the disqualified MLAs cannot contest elections until the expiry of the term of the 15th Legislative Assembly.

"They had sought a time of four weeks. We had given notice to them but they did not come and meet me," Kumar told reporters at a press conference.

"The respondents hence cease to be members of this Assembly with immediate effect till the end of the 15th Legislative Assembly," he added.

Kumar said that his decision was based on the resignations and pleas filed by both Congress and JD(S).

The disqualification of MLAs brings down the strength of the Assembly to 209 out of which, the BJP has a majority of 105 seats.

Earlier this week, the Speaker had disqualified two Congress rebel MLAs and an Independent legislator till the end of the term in 2023.

The Congress and JDS, whose government collapsed on Tuesday last after a rebellion by a section of their MLAs, had petitioned the Speaker to disqualify their errant members.

The defeat marked the end of an uneasy coalition that was formed after the assembly polls on May 23, 2018, which returned a hung verdict after three main parties in the state -- Congress, BJP and the JD(S) contested against each other in the polls.