Karnataka Succession In Final Lap: How Will BJP Navigate?

The BJP will have to tread carefully while picking a new CM, given that a large share of its support comes from the Lingayats, the community to which Yediyurappa belongs. 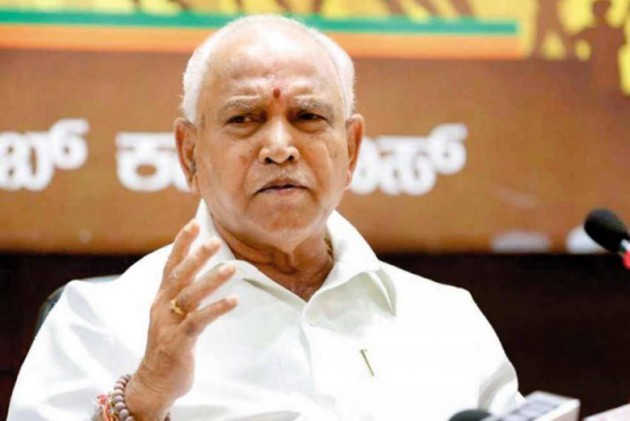 The guessing game over a successor to B S Yediyurappa who resigned on Monday as Karnataka Chief Minister has been going on for a week now. That situation hasn’t changed much even at the moment as BJP sets into motion the process of arriving at a name.

But even so, all the theorizing so far has been fairly consistent about one factor – that the BJP has to tread carefully while picking a new CM, given that a large share of its support in Karnataka comes from the Lingayats, the community to which Yediyurappa belongs. Lingayat seers too held out that warning when they converged in Bangalore last week to back the veteran.

The probable names being speculated upon currently cut across caste groups.
So, is the BJP in Karnataka on the cusp of change? Frank answer, we don’t know yet. But the situation certainly presents an opportunity for the party’s central leadership to get a firmer grasp on a state it prides as its ‘gateway to the south.’

Karnataka: BJP To Convene Legislature Party Meet Today To Decide On Next CM

The reason for that, as political analysts often point out, is the nature of the BJP’s graph in Karnataka – the party has grown fast but not organically, in terms of its ideological roots. Yediyurappa had traced out that graph in his farewell speech – from an outfit that found it difficult to muster even a couple of hundred people for its rallies in the early days, the party is now at the helm of affairs in Karnataka. But as Yediyurappa often likes to point out, there’s unfinished business at hand – that is, ensuring that it can comfortably win enough seats on its own to form a government.

Yediyurappa’s own career reflects much of this – both his rise as a Lingayat strongman and the party’s inability so far to get past the majority mark in a state election. Both the times he led the party to power, it was by engineering defections from rival parties.

As political observers put it, the Lingayat support to the BJP came via the goodwill accrued by the Janata party’s Ramakrishna Hegde who – though a Brahmin himself – was seen as a leader acceptable to the community.

The Lingayats are a large community (guesstimates point to 16-17 percent of the state’s population) with various sub-sects spread out across the state but primarily in the northern region of the Deccan. Over the last century or so, they were able to organise themselves – today, the community’s welfare associations and mathas (monasteries) run scores of educational and social institutions. In fact, it is partially as a response to this sort of consolidation that other communities too have felt the need to set up their own mathas, political observers point out.

The Lingayat support to the BJP was cemented in 2007 when Yediyurappa was ‘wronged’ by his coalition partner H D Kumaraswamy. But, as Yediyurappa demonstrated subsequently in 2012, he was able to take away that support with him when he quit BJP to head a short-lived regional outfit.

In recent years, the BJP has been making attempts to expand its social base by wooing various groups like the Vokkaligas (the other big landed community present in the southern part of the state), OBCs and dalit communities.

Even though there are several leaders in the Karnataka BJP, none of them as yet have been seen as an outright challenger to Yediyurappa, particularly when it came to winning seats for the party. But the dissidence -- given the Karnataka BJP’s factions and Yediyurappa’s own proclivity for controversy – has been visible.

With the veteran stepping aside, the party high command possibly gets its best chance to steer the party in Karnataka, many reckon. The succession is now in its final lap – how will the BJP navigate the transition, is therefore the intrigue of the moment.