Karnataka To Have Tallest Statue Of Lord Hanuman Worth Rs 1,200 Crore 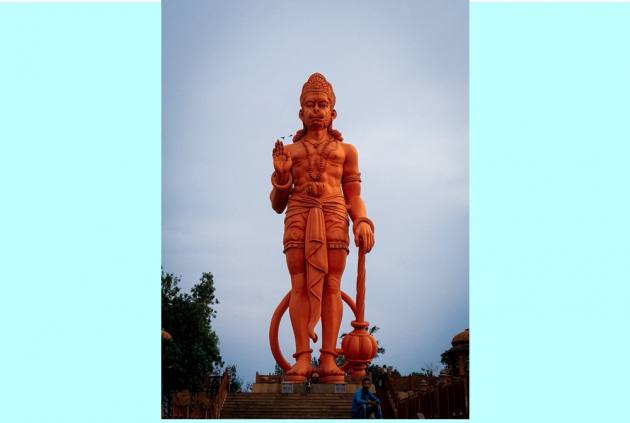 India is known for its culture and list of tall statues – from the Statue of Unity to the Chhatrapati Shivaji statue in Maharashtra, the list only keeps growing.

The recent one to join the list is a 215-metre idol of Lord Hanuman that will be installed at Karnataka’s Pampapur Kishkindh, news agency PTI reported.

Located on the outskirts of Hampi, a UNESCO World Heritage Site, the statue is expected to cost Rs 1,200 crore and is being built by the Hanumad Janambhoomi Teerth Kheshtra Trust.

The president of the Hanumad Janmabhoomi Teerth Kheshtra Trust, Swami Govind Anand Saraswati, made the announcement after meeting Acharya Satyendra Das, the chief priest of the Ram temple in Ayodhya.

Saraswati told PTI that they will be taking out a “rath yatra” throughout the country and will collect donations from the general public for the statue.

He said Lord Hanuman’s statue will be of 215 metres. His statue cannot be higher than the 221-metre Lord Ram's statue being built in Ayodhya as he was his “eternal” devotee, said Saraswati.