Karnataka Chief Minister-designate B S Yeddyurappa has also put on hold all transfers that were cleared, but have not been executed. 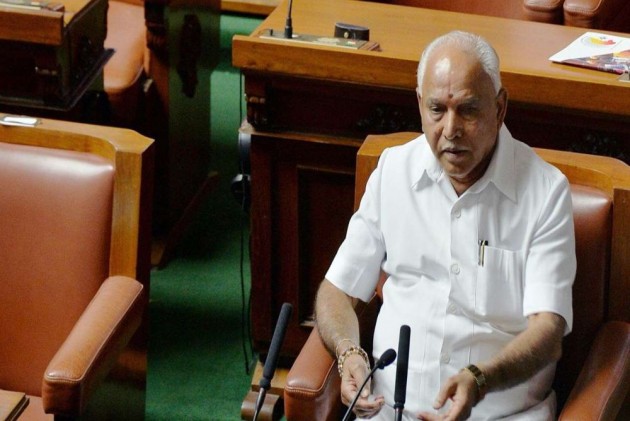 Karnataka Chief Minister-designate B S Yeddyurappa has instructed heads of all departments to put on hold orders relating to new projects that were issued in the current month by the former  Chief Minister H D Kumaraswamy-led coalition government until further review.

He has also put on hold all transfers that were cleared, but have not been executed.

In a letter to all Additional Chief Secretaries, Principal Secretaries and secretaries of various departments, Chief Secretary T M Vijay Bhaskar said the CM-designate has directed that orders issued in July 2019 clearing new projects should be put on hold with immediate effect until further review.

He said the CM-designate has also instructed that proposals of transfers that were cleared in July, but have not been executed should be put on hold until further orders.

During the debate on the trust vote in the assembly, the BJP had accused the Congress-JD(S) coalition and the outgoing CM H D Kumaraswamy of clearing projects and transfer of officials, despite having lost majority.

Another senior BJP leader Jagadish Shettar in the assembly had said instead of being in the House, Kumaraswamy was said to be in his chamber clearing the files at the last minute.

The 14-month-old Congress-JDS coalition government headed by Kumaraswamy collapsed on Tuesday after losing the vote of confidence in the assembly in a climax to the three-week long intense power struggle.