Prime Minister Narendra Modi inaugurated the Kashi Vishwanath Corridor on Monday and the project will provide easy access to pilgrims to offer prayers in Ganga. Here is a look at how Varanasi went through a transformation under PM Modi in the past years. 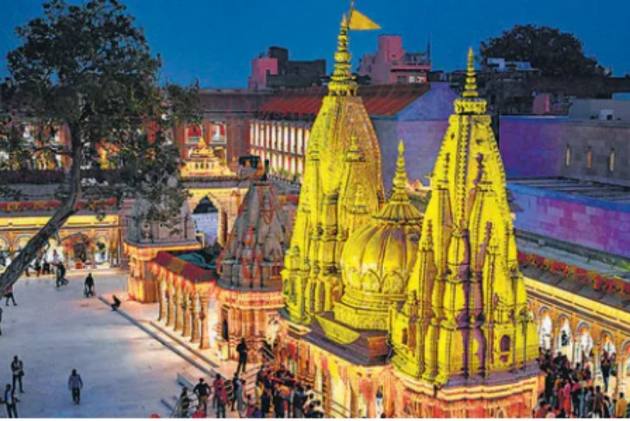 On Twitter, PM Modi hailed December 13 as a "landmark day".

"At a special programme in Kashi, the Shri Kashi Vishwanath Dham project will be inaugurated. This will add to Kashi's spiritual vibrancy. I would urge you all to join tomorrow's programme," he said.

Tomorrow, 13th December is a landmark day. At a special programme in Kashi, the Shri Kashi Vishwanath Dham project will be inaugurated. This will add to Kashi's spiritual vibrancy. I would urge you all to join tomorrow's programme. https://t.co/DvTrEKfSzk pic.twitter.com/p2zGMZNv2U

Constructed at a cost of Rs 339 crores, the project the Kashi Vishwanath Corridor will connect the various ghats to the historic Kashi Vishwanath Dham near the iconic and one of the most ancient ghats -- Dashashwamedh Ghat.

The foundation stone was laid on March 8, 2019, and in less than three years and irrespective of the pandemic, the project has been completed. It aims to provide easy access to the pilgrims to take a dip in Ganga and offer their prayers to Lord Shiva.

Although deemed as Modi’s dream project, in the past five to six years, Varanasi (Kashi) has seen some major transformation.

In 2014, Modi had promised to turn his own constituency, Varanasi into Kyoto, the Japanese city of temples. Ever since then, the city has seen a series of projects being implemented almost every year.

Besides the Kashi Vishwanath corridor, Modi has undertaken several other projects including the Rudraksh Convention Centre, Ring road in his constituency.

Here’s a brief summary of how the ancient city of Varanasi has been transforming under Modi:

The Kashi Vishwanath Corridor will bring about a lot of changes in terms of accessibility in the areas surrounding the Kashi Vishwanath temple. Earlier, the temple was not visible from far points of Ganga, but with the 20-25 feet wide corridor, that connects the Lalita Ghat in Ganga to the Mandir Chowk in the temple. Under the project, the area around the temple has been expanded from 3,000 to 5 lakh square feet. Around 40 temples have been restored to their original glory around here and 23 buildings have been added to the structure providing various facilities. Due to the project, it is being said that pilgrims no more have to walk through the congested lanes to visit the temple, as it would be directly visible from the Ganga and easily accessible.

Earlier this year, Modi had inaugurated the International Cooperation and Convention Centre ‘Rudraksh’ to facilitate business conferences and tourism in the city. The building has a seating of 1,200 people and is designed like a ‘Shivalinga’. It has 108 Rudrakshas on its facade. With modern facilities like art galleries, multi-purpose pre-function areas, divisible meeting rooms the Centre has grown up to be a major tourist attraction of the city.

Modi inaugurated two very important road and connectivity projects, namely, Varanasi Ring Road and the Babatpur-Varanasi road. The projects that have been undertaken at a total cost of Rs 1,572 crore has the 16.55-km long Ring Road Phase - I being built at Rs 759 crore. The four-lane 17.25 km Babatpur-Varanasi road is being constructed at Rs 812 crore. The Ring Road will provide easy access to Sarnath, an important point of Buddhist pilgrimage.

On the other hand, the six-lane Varanasi to Prayagraj section of the NH-19, which is under construction, will significantly reduce the traffic congestion in the area for vehicles plying towards Varanasi.

The Manduadih railway station in Varanasi has been also been revamped with more upgraded facilities cafeterias, booking rooms, lounge and so on.

PM Modi inaugurated the BHU Trauma centre for emergency services and the bed has been now increased to 20. Two cancer hospitals -- Pandit Madan Mohan Malviya Cancer Hospital and Homi Bhabha Cancer Hospital -- have been constructed to provide treatment to people of the city and adjacent states.

The well-known heritage places of the city have been installed with ‘smart signages’ with a Quick Response (QR) code. On a scan, the code will provide a tourist with all the necessary information and history of any particular place. It will also provide further information on the 84 ancient ghats of Varanasi and the culture that has developed around the sites.

To facilitate tourism and ensure safety, the city has also been equipped with 3,00 CCTV cameras across 720 locations.