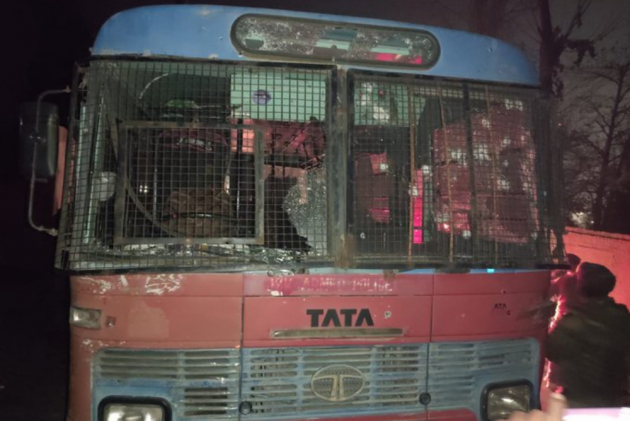 Two policemen were killed and 12 others suffered injuries as terrorists carried out a deadly attack on a bus carrying Jammu and Kashmir Armed Police personnel on the outskirts of Srinagar on Monday -- the 20th anniversary of the Parliament Attack -- officials said.

The bus came under fire from terrorists in Zewan in Pantha Chowk area this evening, police officials said.

They said at least 14 policemen sustained injuries in the attack. The injured were evacuated to various hospitals where two of them died.

The deceased included an assistant sub-inspector of the armed police.

The area has been cordoned off and a search operation launched to track down the assailants, the officials said, adding that further details are awaited.

No terrorist outfit has so far claimed responsibility for the firing on the police bus which came on the 20th anniversary of the attack on the Parliament building in the national capital by the Jaish-e-Mohammad terrorist outfit.

On December 13 in 2001, terrorists attacked the Parliament complex and opened fire, killing nine people. All five terrorists were shot dead.