Kashmir 2021: An Year-Ender Dispatch For The Dead Father

The entire Kashmiri leadership feels utterly helpless. Farooq Abdullah seldom sings Bollywood songs or dance whole-heartedly as he used to. At times, he breaks down in the middle of media interviews. 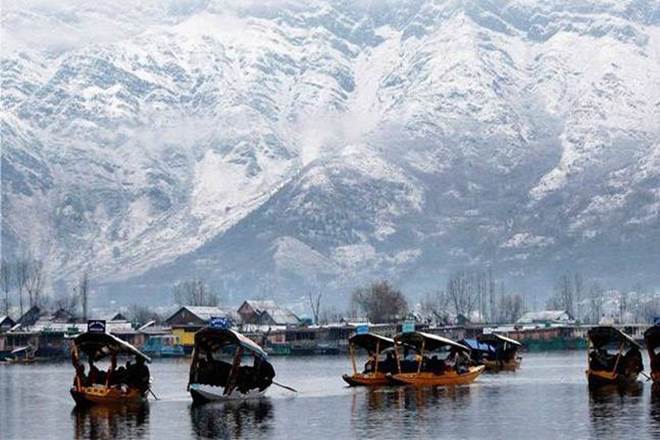 I had promised you, in my last letter, that I'll keep you apprised of all the happenings unfolding in Kashmir. The year 2021 has ended. We're going to remove the Gregorian calendar from the wall that bears your touch. You could not turn its pages beyond May. You were destined to follow a different time zone in a different world. Now it has been seven months since you left us. We're still struggling to reconcile with your loss.

Covid - 19 that snatched you from us has yet to vanish from the world. It continues to spell doom for human lives. The old variants give way to the new ones. Omicron is the new version. The half-baked research of the global experts tells it is even more infectious than the one that claimed your life. We fondly remember you would never let your guard down. Here, in the Valley, people, however, are not scared much of the newer variants of the virus. As you know, they have many other things to be fearful of — identity and conflict.

In my last correspondence, I informed you that Prime Minister Narendra Modi invited all the prominent political leaders from Jammu and Kashmir to New Delhi for a meeting. Finally, it seemed, there was a dawn of the realisation that the strong-arm tactics would not yield results here. And creating quisling groups could not replace the old cadre-based political parties, but we were wrong. Nothing came out of that meeting. The two real power-wielding men, Prime Minister and Home Minister, continue to remain intransigent.

An eerie silence reigns over the Valley. As you would say, "it is not a natural silence but the jackboots have kept people silent".

In October, three persons were shot dead killed in Srinagar’s Hyderpora neighbourhood. Their families are still swearing blind that they were innocent. Although a Special Investigation Team (SIT) was constituted to probe the killings. Its report has no takers.

The response of the police, however, blindsided everyone as it warned of penal action against those, who questioned the investigation. A section of the media in New Delhi criticized the police for issuing such a warning. A few newspapers even wrote edits about the police edict. Dady, I'm talking about the newspapers based elsewhere in the country. The media in the Valley still relies on the official press releases, and even there are reports that the local newspapers follow the style sheets approved by the administration.

The political space for the Kashmiri leaders has been shrinking since the Centre revoked the special status of Jammu and Kashmir on August 5, 2019. You too have witnessed how the mainstream Kashmiri leaders are demeaned and demonised. They continue to be charged on flimsy grounds. Nothing has changed.

The government, meanwhile, has been trying hard to woo the outside businesspersons to invest in the region. Some big players in the real estate sector in mainland India have recently shown keenness. Others seem to have cold feet as Kashmir continues to witness bloodshed on a regular basis.

Last December, a real estate summit was also organized in Jammu to prod outsiders into buying land in the region. Dady, here I’m reminded of former US defence secretary Donald Rumsfeld who in 2002 during a joint press conference with Pakistan foreign minister in Islamabad, had said that “money’s a coward” and it is invested only in places that are peaceful and safe. But it is rather hard to make this government understand safe investments. It has rather other things up its sleeve.

Every effort is being made to polarize the region. The Delimitation Commission, as you had predicted, was constituted to pit one region against another. Its proposal draft seeks to increase seven seats, six in Jammu and one in Kashmir. The proposal has begun to polarize the region along with ethnic and communal lines. Your friends in the People’s Alliance for Gupkar Alliance (PAGD) have rejected the proposal. They say it is an attempt to disempower Kashmiris politically.

Dady, the entire Kashmiri leadership feels utterly helpless. Dr Farooq Abdullah seldom sings Bollywood songs or dance whole-heartedly as he used to do in the past on public platforms. At times, he breaks down in the middle of media interviews. Although he seems lesser lively than his former self, he talks against the central government’s militaristic policies in the Valley with the same audacity.

The PAGD called for a silent protest demonstration on January 1, 2022, against the Delimitation Commission’s proposal draft. But all the leaders were put under house arrest even before they could step outside their homes.

And that is how Kashmir has welcomed the New Year, 2022. This is all for now, Dady.

I’m sending the warmest wishes for a wonderful 2022 across to you. Hope you’re blooming in your best wherever you are! I’ll keep you posted.