Javid Ahmad said police claims are baseless and said his brother had no links with militants. 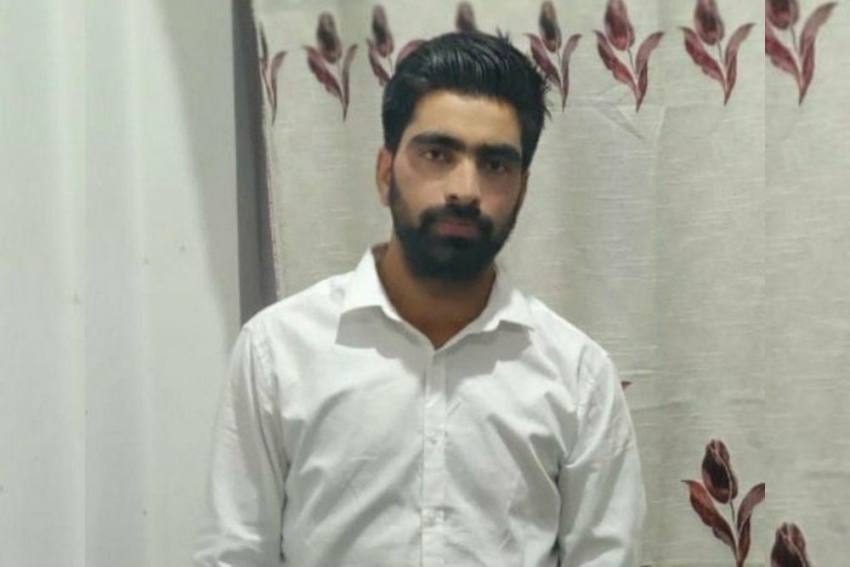 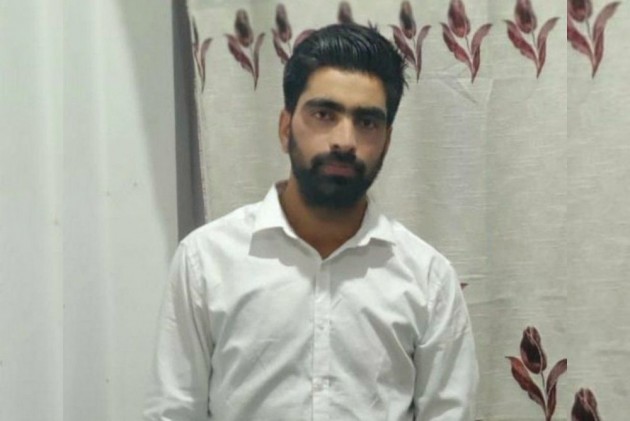 "It's a cold-blooded murder," says brother of 23-year-old Irfan Ahmad Dar who was detained by Jammu and Kashmir Police and, according to them, found dead after he allegedly tried to escape the custody.

The police in their statement claimed that Irfan was detained and two Chinese hand grenades were recovered from his possession. The police also claimed that he had links with militants and worked as their Over Ground Worker (OGW) -- a claim refuted by Irfan's family.

According to the police statement, they had taken Irfan to Chairdaji village "during the course of investigation". But, the police said, Irfan took "advantage of darkness and terrain and managed to escape." During the search operation, they maintained, Irfan's dead body was found near a stone quarry.

But Irfan's family have termed all the claims of the police baseless and denied that he had any links with militants.

Irfan's brother, Javid Ahmad Dar, said that police raided their house on Tuesday and took Irfan and him in their custody.

“My brother was picked up by the police at around 1 p.m. and I was picked up at about 4 p.m. on Tuesday. We were told that there was someone in our house. We told the police to check everything. Our house was searched during the raid but they couldn’t find anything,” said Javid.

Javid said he even told the police to check the CCTV footage of their house if they had apprehensions about militant's presence there.

“I told the police to check the CCTV footage. Our mobile phones are already with the police,” Javid said. “I was let off at 11 p.m. and my brother was not shown to me when I was in their custody,” he added

Irfan's family members allege he was tortured and killed in the police custody and termed the police version of him trying to escaping as "baseless".

“My brother is innocent and was a shopkeeper by profession. He was unmarried. Police's claims about recovery of grenades is nothing but a baseless story,” Javid said.

Fearing protests against the death of the youth, the administration has snapped mobile internet services in the area.

Several political leaders said the police statement on Irfan's death was a "charade" and a "cover up".

“Sopore incident just doesn’t add up. They have done a bad job even at inventing a story. The guilty need to be punished,” Peoples Conference chairman Sajad Lone said.

“The cold blooded murder of 23 yr old Irfan Ahmed Dar, a shopkeeper by profession wrongfully accused of being an OGW is a grim reminder of how truth is mangled & stories are fabricated to justify killing innocent civilians in J&K,” Iltija Mufti tweeted from her mother Mehbooba Mufti’s Twitter handle.

Apni Party demanded a high level probe into the circumstances surrounding the killing.

National Conference leader and former CM Omar Abdullah said: "The administration can’t possibly win back the confidence of the people if “encounters” like Shopian or suspicious deaths like Sopore are allowed to pass without the facts being established & guilt, when determined, fully punished. @manojsinha_ must intervene in both these cases."