Kashmir, Onions, Fear...: What Chidambaram Talked About After Spending 106 Days In Tihar

P Chidambaram spoke to media for the first time in 106 days and commented on most of the topics that have been making headlines. 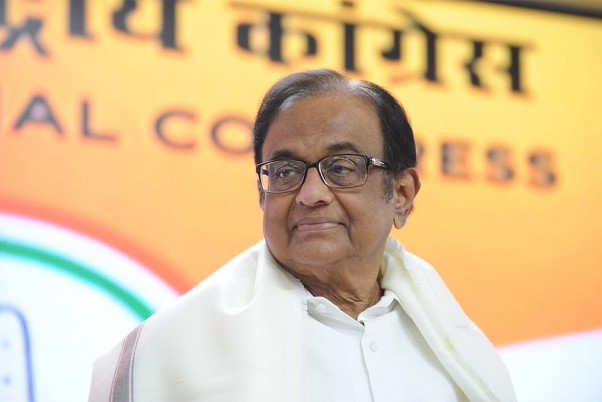 Former Finance Minister and senior Congress leader P Chidambaram on Thursday addressed the media for the first time after walking out of Tihar jail where he spent 106 days.  During his detention, Chidamabaram, arrested in INX Media money laundering case, commented often on the Indian economy and other major political developments in the country through his Twitter which was operated by his family on his behalf. However, in Thursday's press briefing, Chidambaram spoke about and commented on a range of subjects -- from economy to Kashmir.

This is what Chidambaram spoke about after his release:

The former Finance Minister said his first thoughts after his release were about Kashmir. Chidambaram was arrested by the CBI weeks after the Centre revoked erstwhile state's special status.

"As I breathed the air of freedom last night, my first prayers were for the 75 lakh people of the Kashmir valley who have been denied their basic freedoms since August 4. I am particularly concerned about the political leaders who have been detained without charges," Chidambaram said.

In the context of Kashmir, Chidambaram used the word 'Freedom' frequently. In his opening statement, Chidambaram said: "Freedom is indivisible: if we must preserve our freedom, we must fight for their freedom."

The former Finance Minister's release from Tihar comes days after the government said GDP growth for the July-September quarter had slipped to 4.5 per cent. Chidambaram said even after seven months of this fiscal, "BJP government believes problems faced by the economy are cyclical. Government is wrong".

Chidambaram, who has been commenting on the condition of the economy frequently, even during his time in jail, said the government is "clueless on the economy; it is stubborn, mulish in defending catastrophic mistakes like demonetisation, flawed GST."

He said the economy can be brought out of the slowdown, but "this government is incapable of doing that".

As the soaring onion prices have worried the public and politicians alike, Chidambaram also spoke on the subject, saying: "Onions are selling at Rs 100 per kg but of course the finance Minister doesn't consume them." The comment or an apparent jibe, was in reference to Finance Minister Nirmala Sitharaman's remark in Lok Sabha where she said that she doesn't eat much of onion or garlic and comes from a family where these not consumed as much.

Last week when businessman Rahul Bajaj told Union Home Minister Amit Shah that there was an atmosphere of fear in the country and people were scared to ask questions, the latter assured him there was no need to be afraid of anything.

On the contrary, Chidambaram said every institution in the country is gripped in fear. "Search your heart, is there no fear today. Every businessman who spoke to Economist said he wanted to be quoted anonymously."

"There is fear everywhere, media also gripped with fear," he said

5. On Incidents of Rape

After the horrific incident of rape and murder of Telangana woman, there have been frequent reports of rape and sexual assault coming from different parts of the country. Chidambaram said he found six incidents of rape and lynching in yesterday's newspaper.

Also Read: India Has Normalised Rape. It Doesn't Shock Anymore, Not Even A Child

"I am shocked and ashamed. In just one newspaper yesterday, I found six incidents of rape and lynching. It is shameful," he said.

Chidambaram also spoke on student protests that erupted following agitation in Jawaharlal Nehru University against the proposed fee hike. The Congress leader said the students are "absolutely right, JNU is an exemplar".

"In a welfare state, ideally, education should be entirely free. But since that can't be done in our economy, the state must ensure it is provided at a reasonable fee," he said.