Kashmiri Politicians Day-dreaming, Restoration Of Article 370 Next To Impossible: BJP

BJP said Article 370 and Article 35-A were like a 'wall of hatred' which did nothing except 'digging an ocean of misunderstandings for Jammu and Kashmir. 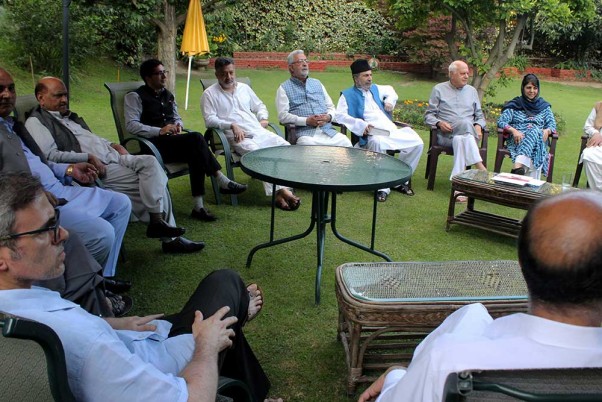 Jammu and Kashmir BJP president Ravinder Raina on Saturday said the Kashmir-based politicians are “day-dreaming” for the restoration of Article 370 and Article 35A of the Constitution which is “next to impossible”.

He claimed the controversial Articles were like a “wall of hatred” which did nothing except “digging an ocean of misunderstandings” and retarding the growth and development of the erstwhile state.

The J&K BJP chief made the remarks after various political parties in Kashmir on Saturday unanimously resolved to fight for the restoration of the special status of the erstwhile state as it existed before August 5, 2019, and said the measures taken were "spitefully shortsighted" and "grossly unconstitutional".

Reacting to the statement, Raina said "the restoration of Articles 370 & 35(A) is next to impossible. Due to these Articles, J&K has suffered for decades and they gave rise to terrorism, separatism and flared up the Pakistani agenda and as such, they won't be restored at any cost".

"Kashmir-based leaders are doing nothing except daydreaming as they are feeling restless to return to the corridors of power to enjoy all luxuries for themselves and their near and dear ones," Raina said, addressing party workers at Sialsui village of Kalakote in Rajouri district.

He alleged that due to the pre-370 arrangements, more than one lakh people have lost their lives in J&K because these "pseudo-leaders were carrying on their duties with the hidden agenda of Pakistan".

"After the abrogation of these Articles, the communities like West Pakistan Refugees, Gorkha Samaaj, Valmiki Samaj, daughters of the soil, Gujjar-Bakarwals and many other communities enjoyed the air of freedom as they were being discriminated on every issue earlier," the BJP leader alleged.

Raina said the people of J&K have rejected the "dirty politics" of parties like the National Conference, Congress, PDP and the People's Conference and the J&K is now progressing on the definitive lines of unprecedented development.