The IgM antibody which is usually produced by recent infection with SARS Cov-2 (can rarely also be produced in recent vaccination. This antibody was positive in about 20.75 % of participants. 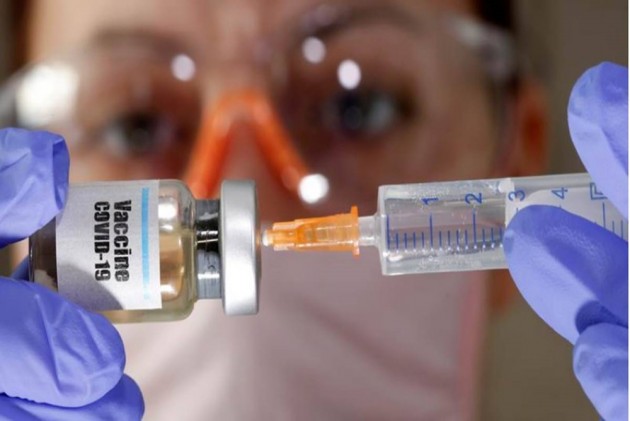 A pan-Kashmir cross-sectional sero-study shows 84.3 per cent having antibodies for Covid-19.

"The study among the general population in 10 districts of Kashmir shows 84.3% of our study population was positive for IgG-II (or the anti-spike protein) antibody which is produced after infection with SARS CoV -2 as well as after vaccination," a statement issued by the government medical college said.

The IgM antibody which is usually produced by recent infection with SARS Cov-2 (can rarely also be produced in recent vaccination. This antibody was positive in about 20.75 % of participants.

A pan-Kashmir cross-sectional sero-study was conducted among the general population and various subsets of the population which include police personnel, healthcare workers, pregnant women by government medical college Srinagar in collaboration with Community Medicine departments of SKIMS, SKIMS Medical College Srinagar.

"In the general population of seven years and above, the study was conducted in all 10 districts of Kashmir; data were collected in July 2021 with each medical college mentoring two districts. Within each district, 10 clusters were randomly selected and within each cluster, 40 samples were collected from individuals more than 7 years of age after obtaining proper informed consent for the study," Dr. Muhammad Salim Khan, Professor and HOD Community Medicine Government College Srinagar and principal investigator of the study.

During the time of study in July 2021, a total of 20.3% of participants had received 2 doses of vaccination and the majority (79.25) had received none. However, since then the vaccination has scaled up and the seropositivity due to vaccination would have gone up also.

"We encourage that people shall follow COVID appropriate behaviour by using face masks, maintain social distancing, hand hygiene and more importantly shall go for full Vaccination against COVID which has been proved to be safe and effective against Covid-19," Dr. Khan said.

"While analysing the data from various subsets, we would request every eligible person to go for vaccination against Covid as over these months we have seen a significant drop in the number of cases who have been admitted in hospitals with moderate to severe diseases. Further, scaling up vaccination would reduce chances of any possible severe third wave," he asserted.