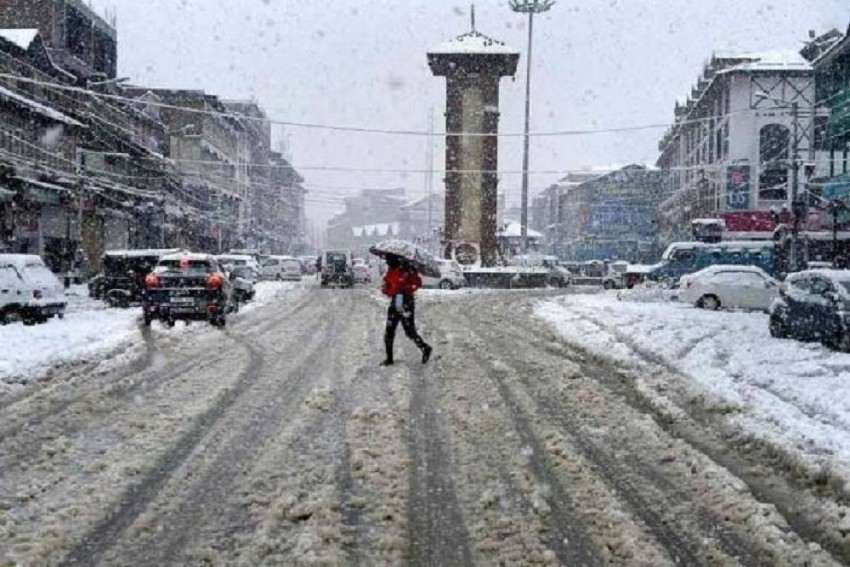 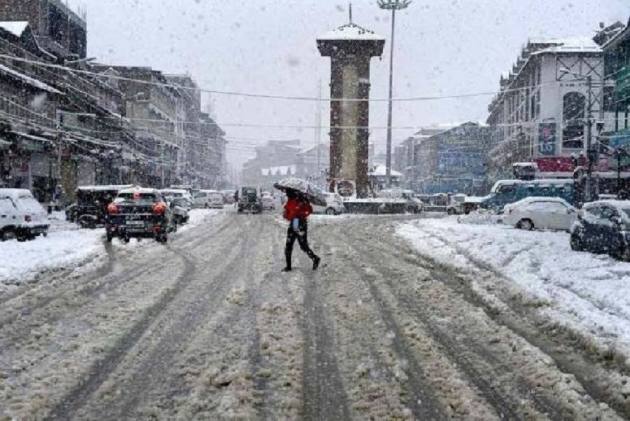 Most of the plain areas in Kashmir experienced the season's first snowfall on Monday, even as the higher reaches witnessed heavy precipitation, leading to the closure of Srinagar-Leh road which connects the valley with Ladakh, officials said here.

The MeT office has issued an ''Orange Colour'' weather warning for the higher reaches of J&K and Sonmarg-Zojila axis on the Srinagar-Leh road, asking the administration and people to be prepared and to maintain vigil.

A MeT official said light to moderate snow with heavy falls at isolated places was reported from many areas of Kashmir, a few places of Jammu and Sonmarg-Drass axis.

He said most of the areas in the plains of the valley also received light snowfall -- which is the season''s first.

It was still snowing, especially in the higher reaches, when the last reports came in and the weather system is likely to continue, he said.

This spell is most likely to give good snow/rain in the Pirpanjal area Gulmarg, Ramban-Banihal, Shopian, Poonch-Rajouri and Zojila especially during November 24-25 and decrease thereafter significantly, the official said.

Many areas of the valley were also lashed by rains, he added.

The fresh snowfall has forced the closure of Srinagar-Leh road as well as Mughal road – the alternate roadway connecting the valley with the Jammu region, an official of the Traffic Control Room said.

He, however, said the Srinagar-Jammu national highway was through for traffic even as it was snowing around the Jawahar Tunnel and raining at several places along the highway.