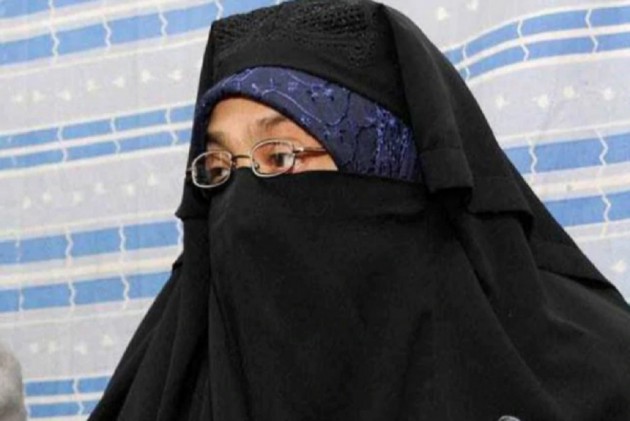 A Delhi court Monday ordered framing of charges against Kashmiri separatist Aasiya Andrabi and her two associates for allegedly waging war against India, sedition and conspiracy to commit acts of terror in the country.

The case relates to allegedly waging war against the country with support from Pakistan, including terror entities there.

The court order the framing of charges under IPC Sections 120-B (criminal conspiracy), 121 (waging war against the Government of India), 121-A (conspiracy to wage war against Government of India), 124-A (sedition), 153-A (promoting enmity between different groups), 153-B (imputations, assertions prejudicial to national-integration) and 505 (statements conducing to public mischief).

The charges are scheduled to be formally framed on January 18.

Andrabi, who was chief of the banned outfit Dukhtaran-e-Milat (Daughters of Nation), was accused of being involved in conspiracy and acts to "severely destabilize the sovereignty and integrity of India", along with the two women associates.

The NIA had said that the accused persons were found involved in the conspiracy and acts to severely destabilize the sovereignty and integrity of India.

By their activities on cyberspace they were running a concerted campaign to solicit support of Pakistani establishment which inter-alia included arranging support from terrorist entities from Pakistan, it said.

The NIA, on directions of the Union Home Ministry, registered a case against them as well as the organisation.

According to the FIR, Andrabi, Fehmeeda and Nasreen were actively running the terrorist organization -- named ''Dukhtaran-E-Millat'' (DEM), which is proscribed under the First Schedule to the UAPA.

They were using various media platforms to spread insurrectionary imputations and hateful speeches that endanger the integrity, security and sovereignty of India, the NIA said.

DEM through Aasiya Andrabi openly advocated secession of Jammu and Kashmir from India and called for Jihad and use of violence against the country, it said.