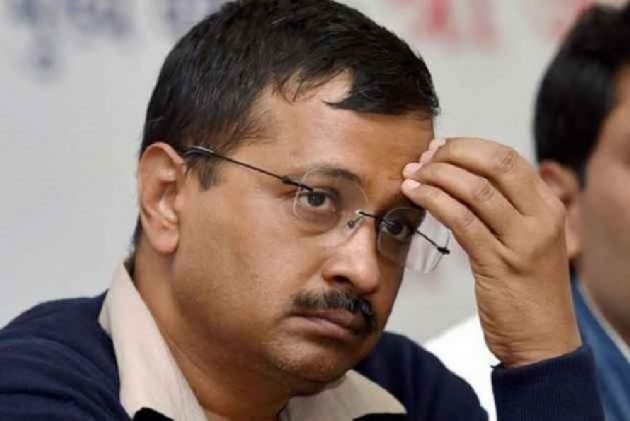 Carrying water samples from various parts of Delhi, BJP members staged a protest near Chief Minister Arvind Kejriwal's residence on Thursday, days after a report said drinking water in the national capital was unfit for drinking.

Kejriwal is forcing people to drink this "polluted" water in the name of free supply by his government, said Delhi BJP chief Manoj Tiwari who led the protesters.

This came amid a raging controversy over the quality of Delhi's drinking water.

Posters have also come up at ITO questioning the AAP government on the high number of diarrhoea and cholera cases registered in the city in the last four years.

Refuting the findings of the BIS report, Delhi Chief Minister Arvind Kejriwal, who is also the chairman of the Delhi Jal Board, has accused Paswan of misleading people on the issue.

"The Delhi Jal Board chairman should answer how 21,88,253 cases of diarrhoea were registered in Delhi in the last four years if the water is clean," read one of the posters.

"Hospitals (in Delhi) registered 19,283 cases of cholera during the period and 36,426 water-related complaints were registered in 2018," it said.

Delhi BJP leaders and workers also staged a protest near the Delhi Jal Board (DJB) headquarters on Wednesday.

Delhiites are "craving" for drops of pure water and they will not forgive Chief Minister Arvind Kejriwal "who has left them at the mercy of god", said BJP national secretary and co-in-charge of party's Delhi affairs Tarun Chugh.

In the first phase of its survey, the BIS had found all the 11 samples drawn from Delhi did not comply with the quality norms and the piped water was not safe for drinking purpose.

Testing of water samples was conducted to check organoleptic and physical parameters and know the chemical and toxic substances and bacteriological quality besides virological and biological parameters.

On Tuesday, the Delhi government said it would set up 32 teams to collect water samples from each ward in the national capital, test them and put the results in public domain within a month.