She also reiterated the Delhi Congress's stand that it will not have any alliance with the Aam Aadmi Party (AAP) for the Lok Sabha polls. 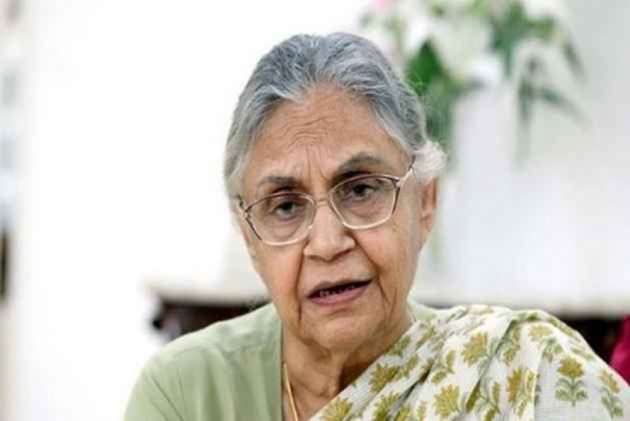 Chief Minister Kejriwal has announced an indefinite hunger strike from March 1 over his demand for full statehood for Delhi.

She also reiterated the Delhi Congress's stand that it will not have any alliance with the Aam Aadmi Party (AAP) for the Lok Sabha polls.

Addressing party workers at Mehrauli and Badarpur areas, she said the people of Delhi are fed up of "hollow promises" of Chief Minister Kejriwal and Prime Minister Narendra Modi, and wanted Congress governments at the Centre and in Delhi.

"The Modi and Kejriwal governments make big promises, but they remain as just promises. People are fed up with both and want the Congress back," the three-time chief minister said, accusing the Kejriwal government of wasting public money on it's publicity.

"The Kejriwal government has failed on all fronts and is now thriving by putting out five to six full-page advertisements in newspapers and squandering the hard-earned money of tax payers' for self publicity," Dikshit alleged.

She asked workers to ensure victory of Congress candidates in the Lok Sabha polls and said only the Congress can provide a stable and development-oriented government.