Delhi Chief Minister Arvind Kejriwal on Tuesday said he has tested positive for COVID-19 and isolated himself at home. 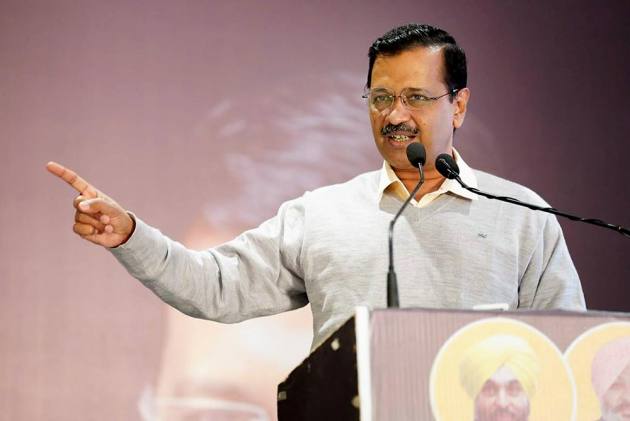 The chief minister urged people who came in contact with him in the last few days to quarantine and get tested.

"I have tested positive for Covid. Mild symptoms. Have isolated myself at home. Those who came in touch wid (with) me in last few days, kindly isolate urself (yourself) and get urself tested," Kejriwal tweeted.

According to officials, this is the first time Kejriwal has tested positive for COVID-19.

In April last year, his wife Sunita Kejriwal had tested positive for coronavirus and while Kejriwal had developed symptoms, he tested negative.

“Covid tests of the entire family members will be conducted. He (Kejriwal) and his family members are in isolation. Other staff members who work closely with the chief minister have been asked to get tested and observe isolation,” a government official said.

Kejriwal has tested positive a day after holding a political rally in Dehradun in poll-bound Uttarakhand.

Lately, Kejriwal has been campaigning in poll-bound states of Punjab, Uttar Pradesh, Uttarakhand and Goa as his Aam Aadmi Party (AAP) is contesting elections in these states.

In the last one week, the AAP national convenor held at least four rallies and marches in Punjab, Uttar Pradesh and Uttarakhand.

On December 30 he led a victory march in Chandigarh after the AAP won 14 of the 35 wards of the Chandigarh Municipal Corporation.

He then participated in a Shanti march in Patiala on December 31, days after a bomb blast occurred at a court in Ludhiana and the sacrilege attempt at the Golden Temple in Amritsar.

On January 2 he held a rally in Lucknow and on January 3 he was in Dehradun for campaigning where he addressed a public gathering.