There are more cases of love jihad in Kerala than they are in Uttar Pradesh and the Christian community is also being targeted by it, said BJP state chief K Surendran 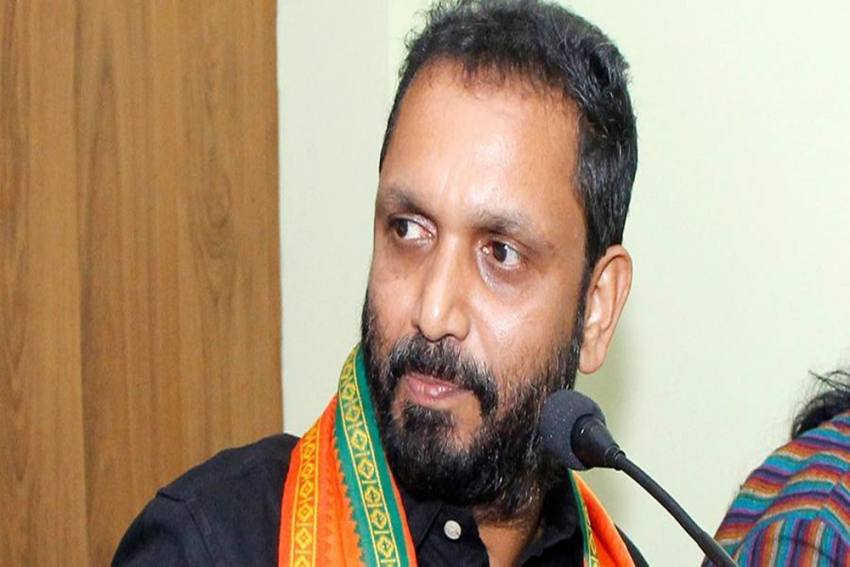 The party shall introduce a love jihad law in the state if it is voted to power, said BJP state chief K Surendran on the upcoming Kerala assembly election. As such, cases of love jihad are "more prevalent" in the state than they are in Uttar Pradesh, he added.

The term, love jihad, is used by the right-wing leaders to refer to an alleged practice and campaign of Muslim men, who force Hindu women to convert their religion in the guise of love.

Surendran said the Christian community was now more worried about the practice as they were reportedly being targetted and had sought stringent action against it.

"Love Jihad is more prevalent in Kerala than in Uttar Pradesh and a law is required to prevent it. The Christian community in the state is worried and have sought stringent action against love jihad. This is of serious concern for them," Surendran told reporters here.

BJP-ruled Uttar Pradesh and Madhya Pradesh had earlier brought in religious freedom laws to stop conversions through marriage or by any other fraudulent means.

Asked about senior BJP leader Shobha Surendran's recent statement that IUML was welcome to the NDA if they leave behind their 'communal agenda' and accept the leadership and policies of the Narendra Modi led government, the state chief said the party would join hands only with those who leave their affiliation with the IUML, Congress and CPI(M).

"The BJP in Kerala will not join hands with the IUML, CPI (M) and the Congress. We will accept only those who leave their affiliation with these parties," Surendran said.

He was speaking to reporters at a press meet at the end of the Palakkad leg of the 15-day state wide 'Vijay yatra', which got underway at Kasaragod on February 21, which was seen as
the official launch of the BJP's poll campaign.

Various union ministers and the saffron party's popular leaders and star campaigners at the national level are expected to join the yatra in the coming days Union Minister Amit Shah is expected to inaugurate the finale of the yatra at the state capital on March 7, party sources said.