Pinarayi Vijayan, on his Facebook page, said the life of Jeni, who fought against circumstances and realised her dreams, is a great inspiration to women and ordinary people. 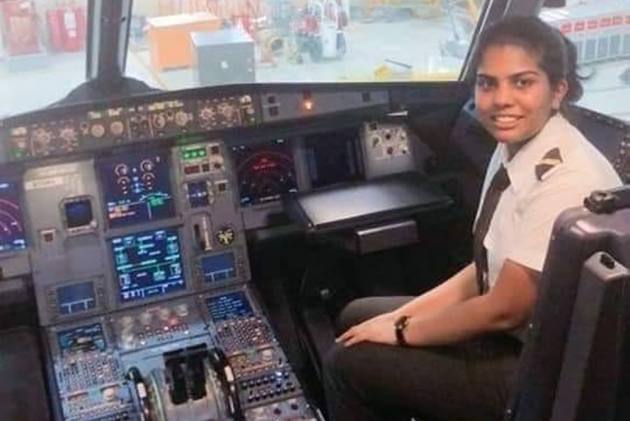 A day after a 23-year-old commercial pilot, Jeni Jerome, hailing from a coastal hamlet in Thiruvananthapuram flew her maiden flight to the hometown, Kerala Chief Minister Pinarayi Vijayan on Sunday lavished praises on the young woman for her achievement.

Vijayan, on his Facebook page, said the life of Jeni, who fought against circumstances and realised her dreams, is a great inspiration to women and ordinary people.

Hailing from Kochuthura, a coastal hamlet located over 25 kms away from here, the woman was the co-pilot of Air Arabia flight scheduled from Sharjah to Thiruvananthapuram last night, which also happened to be her maiden flight.

Daughter of Jerome and Beatrise, Jeni is considered to be the first commercial pilot hailing from the coastal region of the southern state.

"The family that supported Jeni's dreams and wishes is also a role model for the society. The entire society should be prepared to adopt that model of extending support to girls.

I sincerely wish that Jeni could reach even greater heights," the Chief Minister added.

As her father is employed as a fabrication manager in a private company in Ajman in the Middle East, she and her family have been settled there for years.

After completing her 12th grade, Jeni had joined an aviation academy to realise her childhood dream, said her brother Jeby, a chartered accountant who reached the state recently and now staying back at Kochuthura because of lockdown.

He also said his sister was excited to do her maiden flight to the hometown.