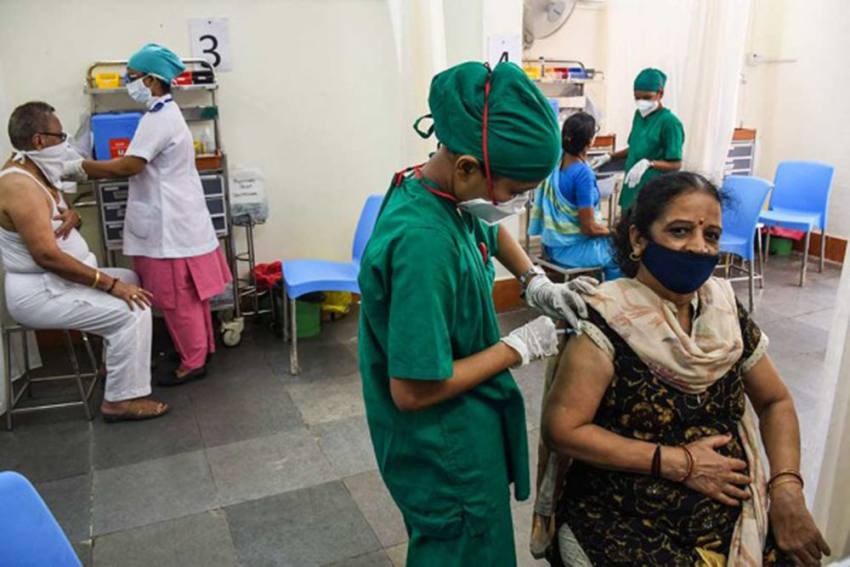 On July 28, Kerala recorded 22, 056 new Covid-19 cases and 131 deaths, sparking another round of debate on the exponential rise of cases in the state, while the rest of the country is seeing an ebbing of the second wave of the pandemic.

With Kerala contributing to 50 percent of the total caseload in the country, a political blame game has erupted on social media over the state’s containment strategies, which were touted as a model by even global agencies during the first wave of the pandemic.

Does Kerala’s upward trajectory of the virus indicate that the state needs a re-look at its strategy?  Epidemiologists say that the state is on course in achieving a low fatality rate and the rising cases shouldn’t be a cause of concern as it has a robust medical system to handle exigencies. The state has recorded an increase of 91,617 new cases between July 10 and July 19, with the test positivity rate hovering around 11 percent.

Leading epidemiologist Jayaprakash Muliyil says that Kerala is still a success story, as it has effectively managed to keep the mortality rate much below the national average of 1.32 percent. “The main objective of any epidemic control is the reduction in mortality and Kerala has been successful at that . Kerala took the conservative approach and tried to bend the curve as much as possible. As a consequence, two things have happened. The epidemic is prolonged and the mortality is very low,” says Muliyil, Chairman of the Scientific Advisory Committee at the National Institute of Epidemiology.

With a strong public health system in place, the state is equipped to tackle high caseload, he says. “Kerala is doing everything logically and scientifically. They have enough hospital beds and oxygen. The system shouldn’t be disturbed. The hype over the numbers is just somebody’s fancy to count the viruses,” he says.

He also points out that one of the main reasons behind the spike in numbers could be the large population that is still not exposed to the virus. Vaccination of maximum population is the way forward, he adds.

The latest seroprevalence survey released by the Indian Council of Medical Research (ICMR) well explains the spike, says Dr. TS Anish, a member of the state expert committee of Covid- 19. The fourth round of national serosurvey, which was released on Wednesday found that seropositivity or the presence of antibodies was the lowest in Kerala at 44.4 percent.

“Sero survey tells us that Kerala still has a large population that is not exposed to the virus. While Kerala has more than 50 percent of its population still susceptible to the novel coronavirus, it’s about 30 percent in the rest of the country. That explains the rise in the Covid-19 cases in the state,” says Dr. Anish.

The reason for the slow spread of the virus is because the state has adopted the strategy of delaying infection through strict containment measures, says the expert.  He points out that compared to the national average, Kerala has managed to prevent at least 20 percent of infections during the peak of the second wave.

“This has helped us to augment medical facilities and to prepare ourselves with more ventilators, oxygen beds, and other infrastructure,” says Dr. Anish. He adds that by delaying the curve, the state managed to vaccinate more people throughout the second wave.

“From May to July, we have vaccinated a large number of people, which helped us in in reducing mortality rate,” he says.  Unlike in Delhi or other states, Kerala did not report even a single death due to oxygen shortage or lack of medical facilities owing to the efficient surveillance strategies, he says.

The issue also acquired political overtone after many BJP leaders took to social media to lambast Kerala government’s recent Covid relaxations during the Bakrid festival. The government eased Covid restrictions for three days ahead of the festival, which invited scathing criticism from the Supreme Court.

However Dr. A Althaf, convenor, Kerala IMA epidemic control cell, says that the rise in cases has no direct relationship with the easing of the Covid norms. He says that the upward trend was a result of the increased number of tests after Bakrid.  “After Bakrid, three Lakhs tests were done continuously for two days to check the spread,” he says, adding that Kerala conducts one and a half lakhs tests on a daily basis.

Experts also attribute the higher numbers to the efficient detection of cases. Despite highly transmissible Delta variant dominating the infections in the state, it is well-equipped to detect cases including new variants, says Dr. Anish.

Kerala takes the lead in conducting tests too, point out experts. It has conducted more than double the number of tests per million as the national average, according to data.

“Case detection in Kerala is highest in terms of per million population. Most other states have a very large undetected caseload. In some areas, unknown cases are 40 times than known cases,” says Muliyil. Target testing is the most cost-effective use of testing infrastructure, a strategy currently adopted by the Kerala government, he adds.