India has so far reported three cases of the novel coronavirus, all of them from Kerala. 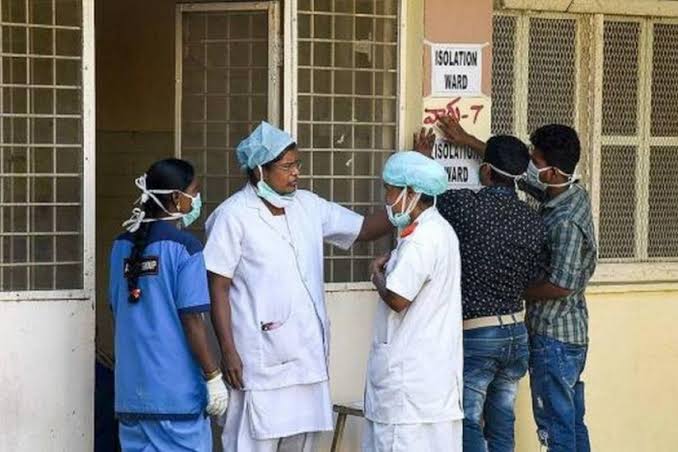 Kerala government on Monday declared the coronavirus outbreak as a 'state disaster' following  three confirmed cases of the deadly infection in the southern state.

The decision was taken on the directions of Chief Minister Pinarayi Vijayan, ANI reported.

Meanwhile, two persons, who returned from coronavirus-hit China two weeks ago, have been admitted to the isolation ward of the Government Medical College Hospital in Kottayam for symptoms of cough and cold, government officials said.

Health workers who reached the house of the two for a routine check-up for the virus found them with the symptoms and took them to the hospital, the officials said.

Samples taken from the patients have been sent to the National Institute of Virology, Alappuzha, for testing, they added.

India has so far reported three cases of the novel coronavirus, all of them from Kerala.

The third case was reported on Monday. A medical student who recently returned from China, tested positive for the infection.

"The patient has tested positive for novel coronavirus and is in isolation in the hospital. The patient is stable and is being closely monitored," the Health ministry said.

Two earlier positive cases, also of students who came back from Wuhan, the epicentre of the virus, were reported from Thrissur and Alapuzha districts.

A total of 1,999 people, who have a travel history from China and other affected countries, are under observation in Kerala,of whom 75 are in isolation wards of various hospitals.

The remaining 1,924 are under home quarantine as per a medical bulletin issued on Sunday night.

The Health Ministry on Monday updated its travel advisory, which was issued on Sunday, and asked people to refrain from travelling to China in view of the deadly coronavirus outbreak in its Hubei province and said travellers on return from the neighbouring country could be quarantined.