Kerala Election 2021: If the LDF repeats its victory, it will be creating a history of sorts by breaking the state’s 44- year old tradition of alternating the two fronts—LDF and the UDF to power. 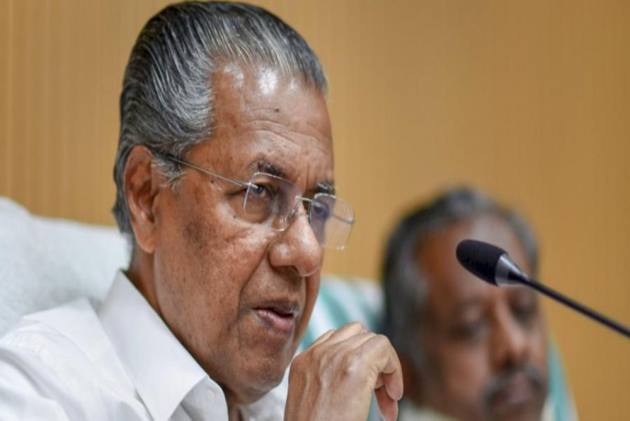 As Kerala heads to polling booths on Tuesday, it would be one of the most keenly watched states for many reasons. The question in everyone’s mind is whether the ruling CPM-led Left Front will pull off a second term or the Congress-led UDF stage a comeback in these crucial polls.

If the LDF repeats its victory, it will be creating a history of sorts by breaking the state’s 44- year old tradition of alternating the two fronts—LDF and the UDF to power.

Retaining Kerala is a prestigious issue for the CPM as it’s the last bastion of communists in the country. For the UDF too, it is a do-or-die situation as it cannot afford to lose one of its strongholds in the Southern region. It is also a matter of prestige for senior Congress leader and Wayanad MP Rahul Gandhi, who has done extensive campaigning in the state.

The main contestants in the fray—the CPI (M) led Left Democratic Front (LDF), Congress-led United Democratic Front (UDF) and the BJP led National Democratic Alliance (NDA) are vying for the 140 constituencies in the state. In the 2016 election, LDF romped home with 91 seats and the UDF managed to get 47 seats while the BJP opened its account in the state with one seat. This election will be crucial for the BJP too, as it is looking to expand its footprint and vote share in the state.

According to the Election Commission, approximately 957 candidates are in the poll fray and 2.74 crore voters will be exercising their votes to elect the new dispensation.

The CPM is keeping its hope high after many pre-poll surveys predicting an advantage to the ruling front. The party is also buoyed by the stunning victory in the recent local body elections. Former state education minister and CPM leader M A Baby tells Outlook that the party is confident that that the government will be reelected to power. “We are confident of the second term because of the welfare schemes and development initiatives implemented by the LDF government”, he says.

The party is also banking heavily on the ‘strong man ‘image of Chief Minister Pinarayi Vijayan’ as the LDF campaign was mostly centred on him. The government’s effective handling of many crises —cyclone Okhi, Nipah outbreak, two consecutive floods, and its pandemic response, has worked to its advantage.

The government schemes such as welfare pension, free ration kits, free housing through the Life Mission project, all seem to have captured the imagination of the public.

However, allegations of corruption involving the Chief Minister’s office in gold smuggling cases and other scams have cast a shadow on the government. Though agencies such as NIA and ED yet to provide any conclusive evidence in the case, it has become a potential weapon for the opposition to use against the government.

Though it appeared as a cakewalk for the LDF in the initial phase of the campaign, poll observers say that towards the end, there seems to be a close fight on the cards.

Though the Congress-led United Democratic Front (UDF) appeared lackadaisical at the beginning with series of desertions and infighting within its ranks, the party pulled itself together in the last leg of the elections. The party also cashed in on senior Congress leader and Wayanad MP Rahul Gandhi and Priyanka Gandhi’s visits to boost the morale of its cadres. The party’s decision to put up young candidates seems to have worked in its favour in many constituencies.

On the other hand, the CPM’s decision not to field candidates who have contested twice seems to have backfired for the party, say, observers. In the process, the party had to bench a few popular ministers, which invited the ire of party workers and the public.

The BJP led NDA is another crucial factor in the election, which is looking to upset the electoral equations in the state. The BJP got its first MLA O Rajagopal from Nemom in Thiruvananthapuram in 2016. This time, it has fielded Metroman Sreedharan from Palakkad and is hoping to spring surprises in few more seats including Manjeswaram and Kazhakoottam. The visit of star campaigners such as Prime Minister Modi, Home minister Amit Shah, UP Chief Minister Yogi Aditya Nath, and many other central ministers have also given a fillip to BJP’s campaign.

With both the fronts LDF and UDF accusing each other of a secret understanding with the BJP, the poll scape is rife with rumours of a last-minute pact between parties.

Along with welfare and development, faith and religion also took the centre stage in the poll scape. Commentators say that it’s the first time that elections are fought in communal lines like this.

While the BJP and Congress raked up the entry of women into Sabarimala temple ahead of the election, the CPM adopted a strategic stand on the issue. Kerala was rocked by violence and unrest in 2018 after the government tried to implement the Supreme Court order allowing women of all ages into the hill shrine. The CPM suffered a major setback in the 2019 Lok Sabha election, as it managed to get a single seat out of 20 seats.

With Congress and BJP proposing legislation to ban women's entry into Sabarimala, the issue once again hogged the limelight this time. The CPM maintained that it will consult all the stakeholders after the SC’s larger bench pronounces its decision in the matter.

With central ministers consistently raising the implementation of the new Citizenship Act (CAA), it needs to be seen which party will benefit in the event of consolidation of minority communities.

The parties hope that the reach out will benefit them in the Christian dominated central Kerala and Muslims dominated Northern Kerala.