Undeterred by loss of top aide, and the Opposition's demand for his resignation, Kerala CM calls for independent inquiry in the gold smuggling case. 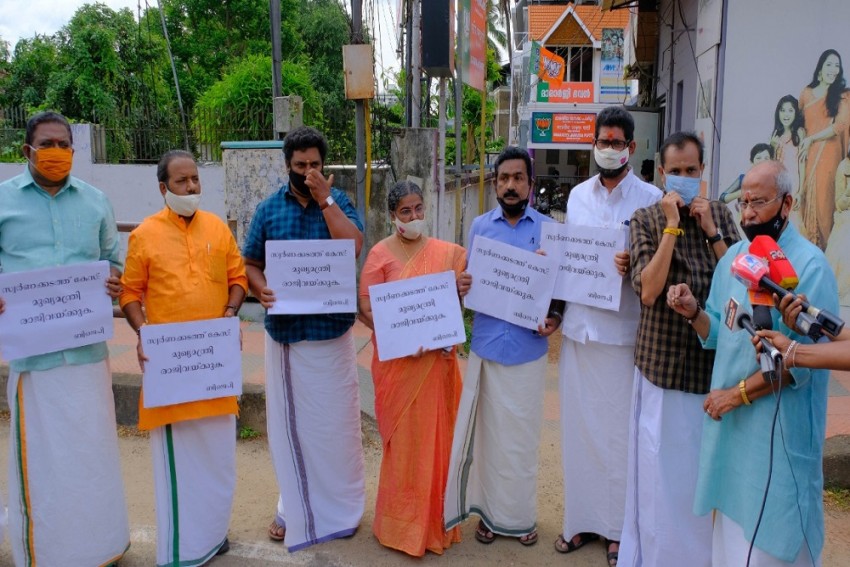 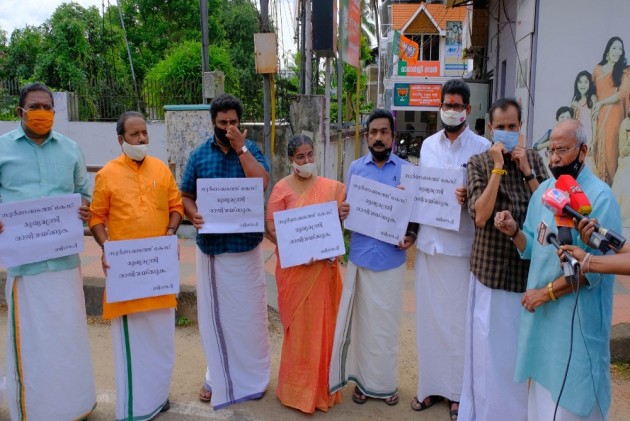 For the second time this year, Kerala’s Information Technology department – more accustomed to plaudits for innovation and efficiency – has become the focal point of a controversy that has caused deep embarrassment to the Chief Minister’s office. The din over the Sprinklr data privacy issue had only just died down when IT secretary M. Sivasankar was linked by opposition parties to one of the accused in a high-profile gold smuggling case.

In the space of two hours on Tuesday, Sivasankar was removed from both that post and the role of principal secretary to chief minister Pinarayi Vijayan. As they did during the top IAS officer’s ‘buck stops with me’ defense in the Sprinklr row, the opposition contends that Sivasankar was a convenient ‘fall guy’ to deflect blame from Vijayan. The most serious charges lobbied at the CMO are allegations of active involvement in the smuggling of 30 kg of gold (said to be valued at Rs 13.5 crore) seized from a diplomatic bag at Trivandrum's international airport on Sunday.

After issuing calls for an independent probe into the case, both Leader of the opposition Ramesh Chennithala and BJP state president K. Surendran have called on Vijayan to resign. The rhetoric and local news media coverage have also tended toward the scandalous by drawing parallels to the ‘Solar scam’ that plagued former Chief Minister Oommen Chandy, who has also weighed in with a comparison. In both instances, the list of suspects has featured a prominent woman who allegedly used her clout with the CMO and other top government officials to circumvent rules.

Noting that the case has “more than one angle” and had “serious implications as it undermines the national economy”, Vijayan in a letter to PM Narendra Modi on Wednesday asked for a “thorough, effective and coordinated investigation into the incident by central agencies” that should “cover all aspects from the source (of the gold) to the end utilisation” and “unravel every link of the crime”.

The police are on the hunt for Sapna Suresh, formerly an executive secretary at the city’s UAE Consulate General who had since been contracted to work in the Space Park project under the Kerala State Information Technology Infrastructure Limited (KSITIL). Suresh and Sarith Kumar, a former PRO at the embassy who was arrested and questioned on Sunday, are alleged to have run the smuggling racket by utilising their knowledge of diplomatic credentials and the robust protection that applies to diplomatic caches under the Vienna Convention. While it has been reported that the bag was addressed to an official at the UAE mission, the consulate has issued a statement said that neither it nor its diplomats were involved in any smuggling activity and has offered to co-operate with and assist the investigation. A parallel inquiry is reportedly being conducted in the UAE.

“It will be interesting to find who the other players, especially the ringleaders. The Trivandrum airport has always been a favourite for smugglers operating out of the Gulf corridor due to its many blind spots, especially in the CCTV coverage net, and the frequency of flights from GCC countries. Gold biscuit hauls are commonplace, but what sets this case apart is the use of the diplomatic channels. From my experience, this speaks to the role of a well-connected insider, both in the UAE and in Kerala,” said a retired customs official who has been posted at airports across the state.

In the wake of the haul, the opposition contended that Sivasankar was involved owing to his reported links to Suresh as also irregularities in her hiring, which supposedly overlooked or ignored a number of red flags. Besides raising other salacious charges, opposition leaders accused Sivasankar using his clout to ‘shield’ Suresh. Until his dismissal on Tuesday, they levelled much the same allegations against Vijayan for ‘protecting’ his top aide.

“That he continued in the IT secretary post as long as he did is because the Chief Minister had to think of his own interest. When the solar scam made headlines, former CM Oommen Chandy had also said he had no links to Saritha (the woman whose solar energy company was at the centre of that incident) Pinarayi Vijayan is also claiming not to know Sapna although there is plenty of photo and video evidence of them at programmes and functions, including the Loka Kerala Sabha (a high-profile non-resident Keralite meet). The truth will come out soon,” Surendran said.