A former diplomat says whoever was behind the smuggling had an unwarranted level of confidence that the customs officers would clear the bag, and it is for the investigators to uncover the person. 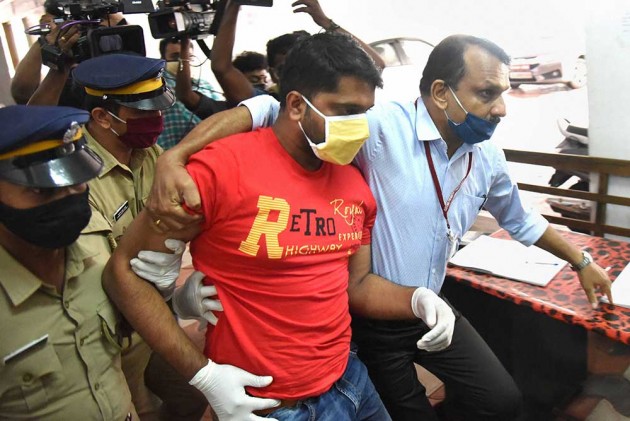 Although most of the chief suspects in the high-profile Kerala gold smuggling case are in custody, investigators would do well to focus on the credentials and documentation of the diplomatic bag at the centre of the issue to ferret out the ringleaders, according to a former Indian diplomat who has served in Gulf Co-operation Council (GCC) nations.

“The provisions of the Common Customs law of the GCC require diplomatic caches to be accompanied by exemption requests and letters of authorisation from both the UAE ministry of foreign affairs and the receiving mission (the UAE Consulate-General in Trivandrum). As well, there needs to be adequate and visible marking, tamper-proof sealing and official documents attesting to the contents of the package,” the ex-diplomat said.

Acting on a tip-off, customs officials at the Trivandrum International airport intercepted the bag containing 30 kg of gold, which was flown in on a cargo charter flight on July 5. The retired diplomat said it was “fortuitous” that Rashed Khamis Ali Musaiqri Al-Shemeli, the consulate attaché to whom the bag was reportedly addressed, did not come to collect it himself since the Vienna Convention on Diplomatic Relations affords authorities little leeway in even handling suspect bags coming via diplomatic channels. Sarith P S, a former spokesperson at the UAE consulate, was arrested after using forged credentials to claim the bag.

Al-Shemeli, who has since left the country, had reportedly called Swapna Suresh, one of five chief suspects named in the NIA’s FIR and the former executive secretary at the consulate, over a dozen times ahead of her arrest from Bengaluru on Sunday.

“It is unheard of to outsource collecting diplomatic bags to non-staff members – let alone one without even consular status – without even authorisation letter from the mission attesting to the receiver’s identity. To me, that suggests that whoever was behind this had an unwarranted level of confidence that the customs officers would clear the bag through. It may be too that this was not the first time this has happened... just the first time they were caught,” the ex-diplomat said.

Local media reports have attributed at least six prior collection activities to Sarith. During raids of the suspects’ homes, investigators have reportedly recovered six bags with the diplomatic seals partially removed.

“In the UAE, authorities are very often over-eager in raising suspicions about diplomatic baggage even when it belongs to countries with whom they have longstanding reciprocity agreements. It strains belief that someone would not consider that Indian customs procedures would be stringent. Whether that speaks to the role of an insider at the airport or not, that is for the investigators to uncover,” the ex-diplomat said.

But former ambassador T P Sreenivasan said the more pressing question is the gold’s intended end-utilisation. “The UAE consulate has publicly disavowed knowledge of the bag and its contents. If true, the matter of its involvement will be resolved. Since the attaché only enjoys consular protection (and not the more robust diplomatic immunity from prosecution), he could technically have been detained. But, given the cordial ties between India and the UAE, it was always more likely that he would simply be withdrawn or transferred rather than be publicly declared by the MEA as a persona non grata,” Sreenivasan said.

“In any case, what we are more concerned with is how long this has been going on and whether the end-use of the gold was, as has been alleged, to finance terrorism,” he added.