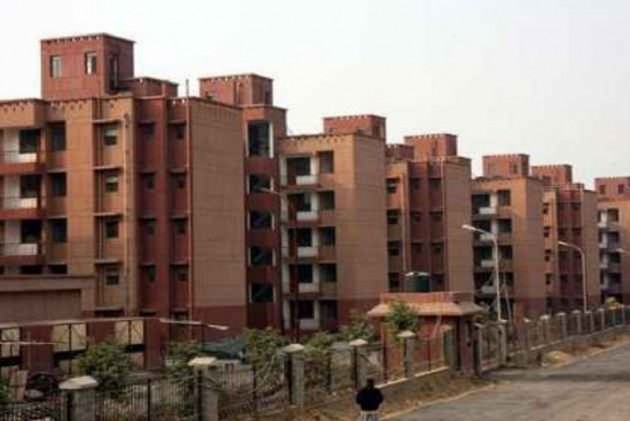 The LIFE (Livelihood Inclusion and Financial Empowerment) scheme envisages a comprehensive housing scheme for all the landless and homeless in the state. Its target is to provide safe housing to nearly 4.30 lakh homeless people within a period of five years.

For this, the state government has sought a Rs 4,000-crore loan to complete 80,000 houses from the HUDCO -- a Central government-owned enterprise.

A.C. Moideen, the Minister for Local Bodies -- the department that is coordinating the implementation of the scheme -- told the media that HUDCO is laying down new conditions for releasing the grants.

"They (HUDCO) have now demanded that to clear this Rs 4,000-crore loan, the Kerala government has to pay up an outstanding loan of Rs 63 crore," he said.

"In another demand, HUDCO has asked to open an escrow account (in which funds are kept for specific disbursements). This is not required, but if they are insisting, we will abide by that too," he said.

While the first phase of installments to some of the beneficiaries has already been released by the local bodies, their funds were dented because of the floods that struck the state in August. And, with the HUDCO funds delayed, further construction of the houses has been hit.

However, Cheriyan Phillip, coordinator of Mission LIFE, sounded optimistic and said that things are clearing up.

"This is a technical delay and we are sure that all the issues will be sorted out quickly and the HUDCO loan will be cleared shortly," he said.

The Rs 4,000-crore HUDCO loan will come in installments, with the first one to be around Rs 360 crore.