The session will not be held on Wednesday, as proposed by CPI-M led LDF government 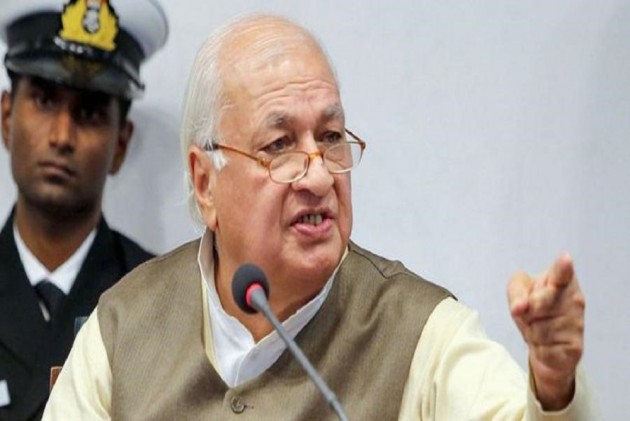 Kerala Governor Arif Mohammed Khan declined approval for a special assembly session planned on Wednesday to discuss and pass a resolution against the three contentious central farm laws, against which farmers have been protesting near Delhi.

Khan's decision on Tuesday evoked a sharp response from the government side with Agricultural Minister V S Sunil Kumar calling it ''undemocratic'', while opposition Congress leader Ramesh Chennithala said it was unfortunate and against "democratic values".

The state BJP welcomed the governor's action, saying the attempt to pass a resolution against the laws passed by Parliament and given assent by the President was unconstitutional. Assembly Speaker P Sreeramakrishnan said the Governor's decision was unprecedented and added the state government can take a decision after considering all legal aspects.

Farmers To Decide On Centre’s Letter On Wednesday

The decision to convene the special one-day session was taken by the CPI-M led LDF government at a Cabinet meeting presided by Chief Minister Pinarayi Vijayan on Monday. The session would not be held on Wednesday since the Governor did not accord sanction, assembly sources told PTI.

While Vijayan's office had said the session was proposed to discuss the agricultural acts against which farmers have held country-wide agitations, Finance Minister Thomas Isaac in a tweet had said Kerala was in "total solidarity" with the farmers' struggle and the session would discuss and ''reject'' the laws.

After the government forwarded the decision to convene the session, Khan sought a clarification on the urgency for it and the Chief Minister had replied to him, sources said. Incidentally, a regular session of the assembly has already been planned from January 8 and it was likely to continue till January 28.

The government had in December last year convened a similar special session of the assembly which passed a resolution demanding scrapping of the controversial Citizenship (Amendment) Act, becoming the first state in the country to take such a measure then. Sunil Kumar on Tuesday said the governor's decision was ''undemocratic'' and an unprecedented situation had been created.

The matter would be discussed once Vijayan, now on a tour of Kollam and Pathanamthitta districts, returned here and an appropriate decision will be taken, he told reporters here. Chennithala said the voice of Kerala against the farm laws, whose repeal is being demanded by the farmers protesting at the borders of Delhi for nearly a month, should be raised in the assembly.

However, the decision of the governor, citing technical reasons that there was no urgency for convening the special session, was against democratic values, the Leader of the Opposition in the state assembly said in a statement.

Countrywide agitations were taking place against the farm laws which affect the farmers of Kerala also, he claimed, adding it was due to this the opposition decided to support the state government decision to convene the special session, discuss and pass a resolution against the three central laws. He also said even if the governor had not accorded sanction for the session, all MLAs can gather at a hall inside the assembly complex and pass the resolution.

BJP state president K Surendran, in a statement, said the three laws were passed by both the Houses of Parliament, President had given his assent and they have come into force. The attempt by the government and the opposition to pass a resolution against the three agri laws was to "insult democracy", he alleged, adding it was also unconstitutional.

The special session decision was taken in the backdrop of thousands of farmers, especially from Punjab and Haryana, camping at various borders of Delhi for almost four weeks demanding the repeal of the three agricultural laws.

The farmers are apprehending that the new laws will pave the way for a dismantling of the Minimum Support Price (MSP) mechanism and the mandi system, leaving them to the "mercy" of big corporates. But the government has been saying these fears are misplaced and offered to hold fresh talks with them to resolve the crisis.