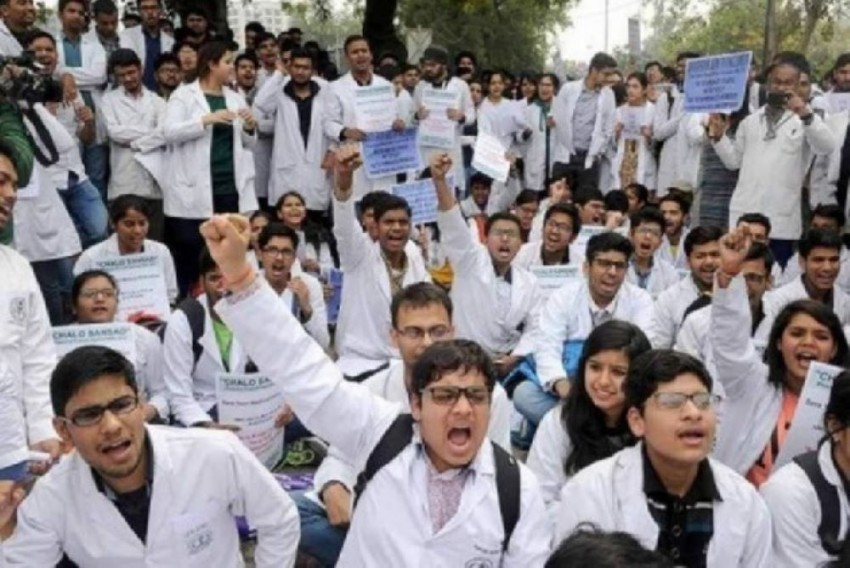 Demanding rectification in anomalies in the pay revision of lecturers from the state government, a section of a government medical college doctors staged a hunger strike in Kerala.

"Medical college teachers are fighting for the dignity of their profession. The doctors have been at the forefront of fighting the COVID-19 pandemic. As responsible healthcare professionals, we are staging the protest without causing inconvenience to the public. Our demand is to provide arrears from January 1, 2016," president of the Ernakulam unit of the KGMCTA Dr Unmesh told reporters.

KGMCTA called for the strike alleging that the government had not given any assurance on providing arrears while implementing pay revision.

The pay revision, which was due in 2016, was done only in 2020 and the government had assured that the wage revision would have a retrospective effect from January 1, 2016. But, it had not given any commitment on arrears, KGMCTA said in a press release.

The anomalies were in the pay structure of entry cadre doctors, resulting in a shortfall of around Rs 15,000 for those who joined service after 2016, it said.