Rahman, who hit the headlines for keeping his lover Sajitha hidden in a single room in his house for 10 years without anyone's knowledge, finally married her legally at Nenmara in Kerala's Palakkad on Wednesday. 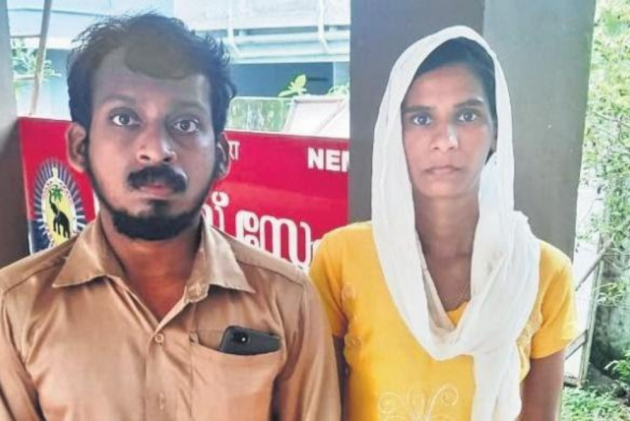 A Kerala couple who went viral earlier in the year for managing to secretly live together for ten years has finally got married.

Rahman, who hit the headlines for keeping his lover Sajitha hidden in a single room in his house for 10 years without anyone's knowledge, finally married her legally at Nenmara in Kerala's Palakkad on Wednesday, bringing what may be seen as a happy end to a rather strange case.

The duo entered into wedlock under the Special Marriage Act at a local sub-registrar office.
Clad in a simple cotton salwar, Sajitha seemed happy and secure while signing the marriage documents along with Rahman, who was spotted in a traditional mundu (dhoti) and shirt.
The couple later distributed sweets and thanked everyone who supported them to get married.
"We wish to live a happy and peaceful life from now onwards," Rahman said.

Sajitha's parents also attended the function while Rahman's relatives who were against the relationship stayed away.

Nenmara MLA K Babu, who attended the wedding, said the couple would get all support to fulfil their dream of building their own house.

Hailing from Ayyiloor village here, the couple, in their thirties, has been living in a rented house after the decade-long stay of Sajitha in his room became public a few months ago.

The Kerala State Women's Commission had even registered a case against Rahman saying that keeping a woman in captivity was against law.

According to the police, the woman was looked after by the man during her 10-year-long stay in a room at his house in Karakkattuparamb.

No bathroom was attached to the room, they said, adding that the woman reportedly used to get out of the room at night through its window, which was found closed during day time.

Zomato Apologises To Customer Who Was Denied Refund For Not Knowing Hindi, Fires Staff