V Muraleedharan, Minister of State for External Affairs, said “about 100 Indian nurses mostly from Kerala working at Al-Hayat hospital have been tested and none except one nurse was found infected by Coronavirus.” 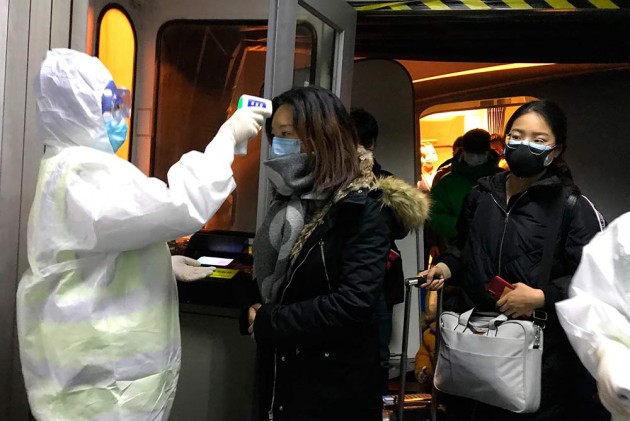 A nurse working at a hospital in Saudi Arabia is the first Indian to be tested positive for the coronavirus that originated in China and has killed 17 so far.

V Muraleedharan, Minister of State for External Affairs, said “about 100 Indian nurses mostly from Kerala working at Al-Hayat hospital have been tested and none except one nurse was found infected by Coronavirus.”

They are in touch with hospital management and Saudi foreign Ministry. Have asked our Consulate to provide all possible support. @MEAIndia @PMOIndia

Kerala Chief Minister Pinarayi Vijayan has written to External Affairs minister S Jaishankar requesting him to take up the matter with the Gulf nation and ensure proper treatment.

"Corona outbreak among nurses in Azir Aba Al Hayat hospital in Saudi Arabia should be considered serious and necessary steps must be taken", he said.

The illnesses from a newly identified coronavirus first appeared last month in Wuhan, an industrial and transportation hub in central China's Hubei province. The vast majority of mainland China's 571 cases have been in the city.

Other cases have been reported in the United States, Japan, South Korea and Thailand. One case was confirmed on Thursday in Hong Kong after one was earlier confirmed in Macao. Most cases outside China were people from Wuhan or who had recently traveled there.

The coronavirus family includes the common cold as well as viruses that cause more serious illnesses, such as the SARS outbreak that spread from China to more than a dozen countries in 2002-2003 and killed about 800 people, and Middle Eastern respiratory syndrome, which developed from camels.