Even though rains subsided in several parts of Kerala on Monday, after receiving heavy downpour last week, more rains are expected from Wednesday. 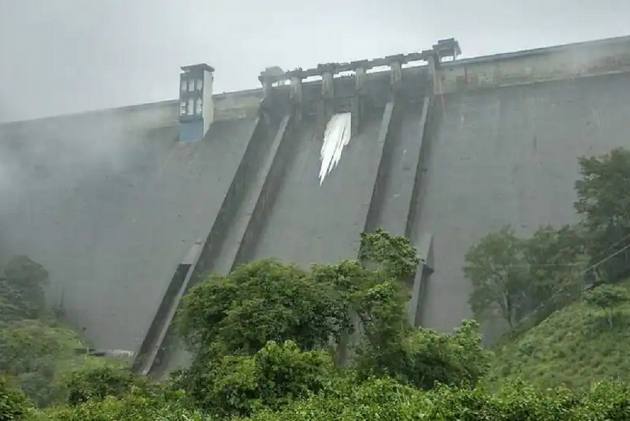 Kerala opened the sluice gates of Idamalayar and Pampa reservoirs early on Tuesday as the water level reached closed to the danger mark and more rains were expected.

Even though rains subsided in several parts of Kerala on Monday, after receiving heavy downpour last week, more rains are expected from Wednesday.

The Ernakulam district administration confirmed the opening of shutters 2 and 3 of Idamalayar dam by 50 centimetres each.

Opening of shutters 3 and 4 of the Pampa dam by 45 centimetres each was confirmed by the Pathanamthitta district administration.

The development comes a day after the state government opened the shutters of Kakki and Sholayar dams to release surplus water.

The state government on Monday had announced that Idukki dam, built across the Periyar river, Idamalayar in Ernakulam and Pampa dam, in Pathanamthitta, were going to be opened on Tuesday.

In view of the prevailing situation and expected worsening of weather conditions, the government had on Monday also cancelled pilgrimage to the Lord Ayyappa shrine in Sabarimala for the Thula masam poojas.

It had also advised people living in low lying areas and close to the rivers, whose dams have been opened or scheduled to be opened, to be vigilant and move to the relief camps set up across the state in the wake of the heavy rains which has claimed 38 lives so far.

According to the State Disaster Management Authority (SDMA), the number of rain-related deaths in Kerala from October 12 to October 18 is 38.