After the Mangalore air crash of 2010, in which the aircraft overshot the runway and fell into a gorge, it was felt that the Runway End Safety Area (RESA) of tabletop airports should be increased from 90 meters to 240 meters. 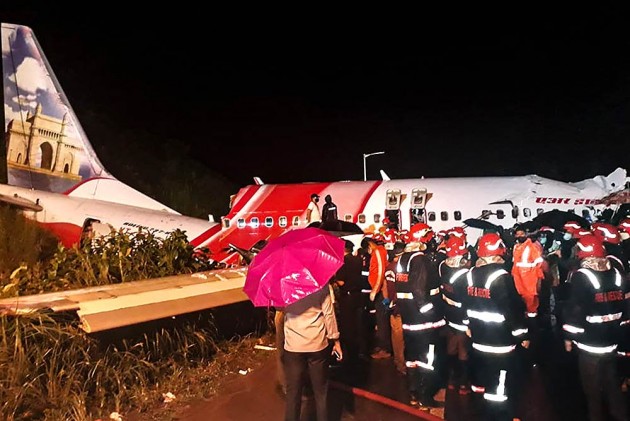 Eighteen people, including both pilots, were killed after an Air India Express flight from Dubai carrying 190 people skidded off a tabletop runway and split into two Friday evening at Kozhikode airport in Kerala.

The Director General of Civil Aviation (DGCA) said the flight—IX 1344—continued running to the end of the runway amid heavy rain and "fell down in the valley and broke down in two pieces". The flight overshot the runway but did not catch fire and thus averted a bigger tragedy. But the air accident could have been much bigger had the length of the runway end safety area (RESA) not been increased from 90 meters to 240 metres two years ago.

“We shortened the runway from 2860 metres to 2700 metres two years ago. This has made RESA 240 metres on both sides of the runway. It is more than sufficient as per the International Civil Aviation Organisation’s norm,” a senior official from the Airports Authority of India (AAI) said requesting anonymity.

According to DGCA, a runway end safety area or “RESA” means an area symmetrical about the extended runway centre line and adjacent to the end of the strip primarily intended to reduce the risk of damage to an airplane undershooting or overrunning the runway.

The surface of RESA helps reduce the risk of damage to an aircraft in an event of overshooting or undershooting. Reports suggest that after two unsuccessful attempts, the aircraft landed at the middle of the runway which caused it to overshoot the runway. Data from popular global flight tracker website flightradar24.com shows that the aircraft tried to land twice at the airport. The pilot tried to land first but aborted it. He made a second attempt to land from the opposite direction but again aborted at the last moment.

He also contradicted the reports that have raised questions on the length of RESA.

“Some experts have been quoted in media saying that the RESA was 90 meters only. This is incorrect. We extended it two years ago and had we not done that, it would have been a repeat of Mangalore air crash of 2010 in which all 160 air passengers had died,” the official added.

According to aviation safety experts, RESA is very crucial for tabletop airports with steep trenches on both sides.

After the Mangalore air crash of 2010, in which the aircraft overshot the runway and fell into a gorge, it was felt that the RESA of tabletop airports should be increased from 90 meters to 240 meters. The length of RESA of the Mangalore airport was 90 meters.

“So, longer the RESA is, the better it is for airports in hilly areas. 2700 metre length of the runway doesn’t compromise with international norms for the kind of aircraft permitted to land at Kozhikode,” the official said.