The first phase of voting, being held in 6,911 wards, is to elect representatives for 395 local bodies. 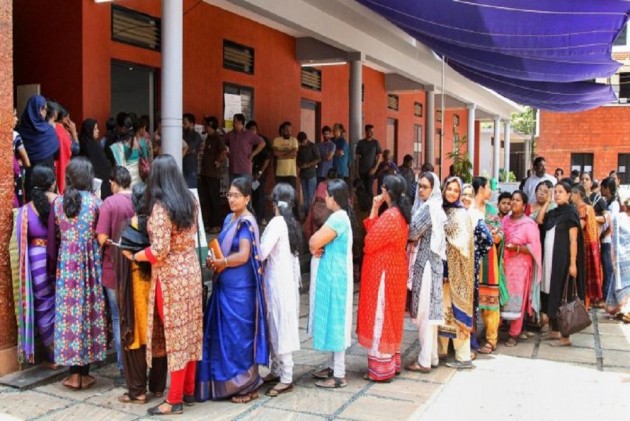 As the first phase of the three-tier local body elections is just a day away in Kerala, political parties and traditional fronts have expressed sky-high confidence of garnering the maximum number of seats in the crucial polls, which is considered the semi-final ahead of the Assembly elections due next year.

Adhering to Covid-19 protocols, a total of 88,26,620 electors including 46,68,209 women and 70 transgenders would exercise their franchise in 11,225 polling stations in the first phase, State Election Commission (SEC) officials here said.

This time, the civic body polls have gained more significance as its result is generally considered to reflect the political mindset of the southern state which would go to Assembly elections after some months.

Despite Covid-19 protocols and restrictions, the state witnessed a fierce campaign in which everything right from national politics to state issues figured.

Social media campaigns and virtual rallies and gatherings were new modes of campaigns this time in the wake of the Covid pandemic.

The ruling CPI(M)-led Left Democratic Front (LDF)'s prime focus during the campaign was the achievements under the four and half-year-old Pinarayi Vijayan government.

Effective disbursal of social welfare pensions, steps taken to tackle the coronavirus pandemic and implementation of various programmes through the Kerala Infrastructure Investment Board (KIIFB) and hi-tech school project were among the various initiatives touted as the achievements of the Left government during the campaign.

LDF convener A Vijayaraghavan has said the ruling front was facing the civic polls with confidence and the recent controversies against the government had not dented its image.

The remarkable contributions of the Left government in agriculture, education, health and social welfare and its effective intervention during the time of Covid-19 and floods would help the ruling front win maximum seats, he said.

The opposition Congress-led UDF focused on the controversies related to the gold smuggling case, the alleged corruption regarding the Life Mission project and the allegations against the Chief Minister's office in the campaign.

They also raised during the grassroots level campaign the arrest and imprisonment of CPI(M) state secretary Kodiyeri Balakrishnan's son Bineesh in a money laundering and drug case in Bengaluru and the unexpected stepping aside of Balakrishnan as the party state secretary at the threshold of the civic polls.

Kerala Pradesh Congress Committee (KPCC) president, Mullappally Ramachandran has said the UDF is facing the civic polls with the slogan ''a vote against corruption''.

He said the Left government's multi-level corruption had been exposed and the ruling front was facing stiff opposition from the general public and it would reflect in the civic body polls.

However, the vigilance cases against various UDF leaders and the arrest of its MLAs V K Ibrahim Kunju and M C Kamaruddin in corruption cases were a setback for them while campaigning.

The BJP-led National Democratic Alliance (NDA), which is trying all means to find a place in the bipolar polity led by LDF and UDF for decades, is pinning hopes on various development programmes initiated by Prime Minister Narendra Modi-led government at the Centre.

The present polls is a prestigious fight for the saffron party and its leadership, as they had to repeat its impressive performance in various districts last time.

The recent poll victories in other states give confidence for BJP, which is yet to make a space in the state politics, but the frequent hike of fuel price and recent increase of the cook gas price was a set to them while seeking votes especially from women voters.

The first phase of voting, being held in 6,911 wards, is to elect representatives for 395 local bodies.

A total of 56,122 polling officials would monitor the poll proceedings in five districts on Tuesday.

While the second phase of the elections in Ernakulam, Kottayam, Thrissur, Palakkad and Wayanad would be held on December 10 and the third phase in four districts -- Malappuram, Kozhikode, Kannur and Kasaragod would be on December 14.

The counting would be held on December 16.