In an interview with Outlook, Kerala Health Minister K K Shailaja talks about how the state had learnt from previous experiences to fight against the epidemic. 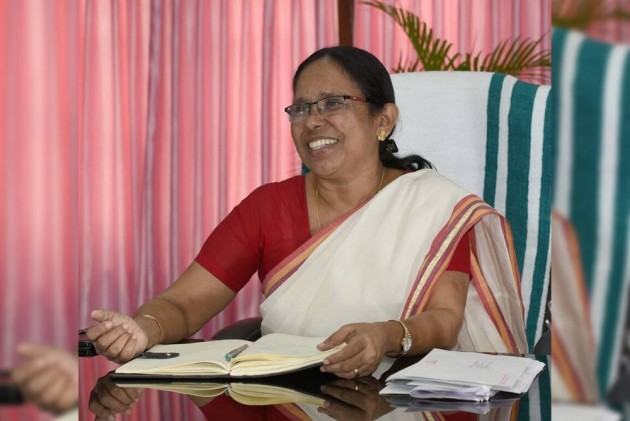 Even as China is struggling with the deadly new Coronavirus outbreak, Kerala is setting an example to the world by containing the global epidemic effectively. The state is bracing for a Coronavirus-free status soon, as two of its three positive cases have been cleared.  In an interview with Outlook, Kerala Health Minister K K Shailaja spoke about the efforts to check the outbreak.

Q) Two of the three medical students, who were tested positive for the coronavirus in the state, have been discharged from hospitals. Shall we expect the state to be declared nCoV-free soon?

Coronavirus Diary From China: When Masks Became National Armour And WeChat A Saviour

Out of three positive cases, two have been cleared now. The two cases from Kasaragod and Alappuzha districts have been declared negative on repeat tests. The student from Thrissur, who was the first coronavirus patient in India, is still in hospital. In her case, though our tests in Alappuzha showed negative results, we are waiting for the final results from Pune Virology institute.

We can declare the state as nCoV-free only after quarantine period gets over. We will have to wait till first week of March for the final declarations. But I can say that there is no further spread of the virus. The latest reports say that more than 2,000 people are under observation.

Q) Kerala has once again shown the way in fighting a deadly virus. You had successfully tamed two seasons of Nipah outbreaks too. How did Kerala manage to fight the epidemic?

The lessons we learnt during Nipah outbreak came handy for us in fighting the coronavirus. In the case of Nipah, we figured out about the deadly disease only after three or four deaths. The experience has immensely helped us to face any health emergency in the state. Vigorous training of health officials and the strengthening of the surveillance of the public health system has worked in our advantage. Now we are prepared to set up isolation wards and control rooms to monitor any situation. Our biggest strength is that Kerala has a robust public health system in place.

Q) What was your reaction when the first case of Coronavirus in the country was reported from Kerala? How did you put the system in place?

In fact, we had begun our preparatory measures when cases started reporting from Wuhan in China in January. I and health secretary Rajan Khobragade had discussions on this as Kerala has many medical students in Wuhan. Anticipating emergency cases, we had set up a 20-member rapid response team and set up control rooms across the state. Apart from screening at the airports, we also deployed volunteers in all airports.  The department also sent alerts that those who have returned from China are advised to contact us.

Q) What were the measures adopted to check the community spread of the virus?

When the first student with the symptoms arrived at the airport, our health department decided to keep her and family in isolation. The first day itself, we informed all district hospitals and medical colleges to set up isolation wards.  Later, the other two students, who tested positive, were also isolated and samples were sent to Pune. There were 82 people in the first batch, who returned from China. The others without symptoms were quarantined at home only.

Also Read: Was Censorship Behind The Outbreak Of Novel Coronavirus In China?

We formed 18 expert groups to monitor home quarantine, contact tracing, isolation, logistics and training. Control rooms were opened in all districts, headed by district collectors. High-level health experts were sent to all three districts, where the patients were kept. Guidelines were also sent to all districts.  Even for sending sample, protocol is followed.  Since there are no medicines available, we are only treating the symptoms giving patients supportive medicines as well as counseling.

There were some restrictions to avoid gatherings among other things. It has hit the tourism industry. But nothing is precious than human life. Our motto was not to lose a life to the virus.

Q) Misinformation was rampant on social media regarding the outbreak.  How did the state manage to keep panic under check?

We published lot of materials on awareness and disseminated it through various sources. We distributed it in cinema halls, railway stations, schools, among Asha workers, RWAs and others. Even school children participated in awareness campaigns. Street plays were also performed to spread awareness. A comprehensive awareness programme was conducted at all levels. I hold press meet every evening to update and share the developments. I also appealed to people in the high-risk category to stay at home for 28 days to complete the incubation period. I requested the public to have faith in our department and follow the guidelines. Media also played a big role and offered their support.

Here, again the experience during Nipah came to my help. I decided not to panic at that time. One has to put up a brave face when people are looking up to you. Though I was worried during Nipah outbreak, I didn’t exhibit my fear. I am aware that Coronavirus is deadlier and riskier than Nipah because the chances of infection are high. I have spoken to many experts and doctors on this. We have to be extremely vigilant because it doesn’t show any symptoms and still can spread.

Q) Are you relieved now? What is your stress buster?

I am not completely relieved. We have to keep our vigil, because people are still coming back from China. We haven’t eased the restrictions yet. Airport screening is continuing so is the quarantine process. Our control room still has meetings at 6 pm daily and collects information from every district.

Also Read: China Coronavirus Diary -- A City Under Lockdown And A Deadly Silence

I am 63. My day starts at 6 am and I sleep by 1 am. Since the coronavirus outbreak, I am not able to sleep properly. Also, I have other departments to look after. My stress buster is 20 minutes yoga session in the morning and that gives me the strength to take on any virus.

Q) Quarantined people undergo stress, trauma and stigma. How do you deal with it?

The health department has deployed over 200-member team to counsel the quarantined people. I read Facebook post of a person who was released from quarantine. He wrote that though it’s traumatic to undergo quarantine, he used to get calls from DMO and other professionals regularly.  He said that it was an emotional moment when the health director called him on the last day and thanked for his co-operation.

Q) From a chemistry teacher to state health minister…how did you make the switch?  It’s said that you are accessible to public even at midnight?

Our department works like a family and they are my strength. I get several calls regarding Coronavirus these days. One girl called me the other day and sought help to remove civet cats from her roof top. She was scared that they may spread Coronavirus. Then I asked district collector to look into it. Many people complain about cough and cold. I tell them to consult doctor and not to panic.

Q) What is that one thing that the world can learn from Kerala in tackling the epidemic?

I would say that system should be vigilant to face any health emergency. Governments should have the political will too. In our case, early detection, isolation, contact tracing and prevention was the formula that helped us. There shouldn’t be any compromises from our side. I have complete faith in my officers and colleagues, and give them space to work.