Josephine’s harsh remark to a woman complainant of domestic violence came during a live television programme. 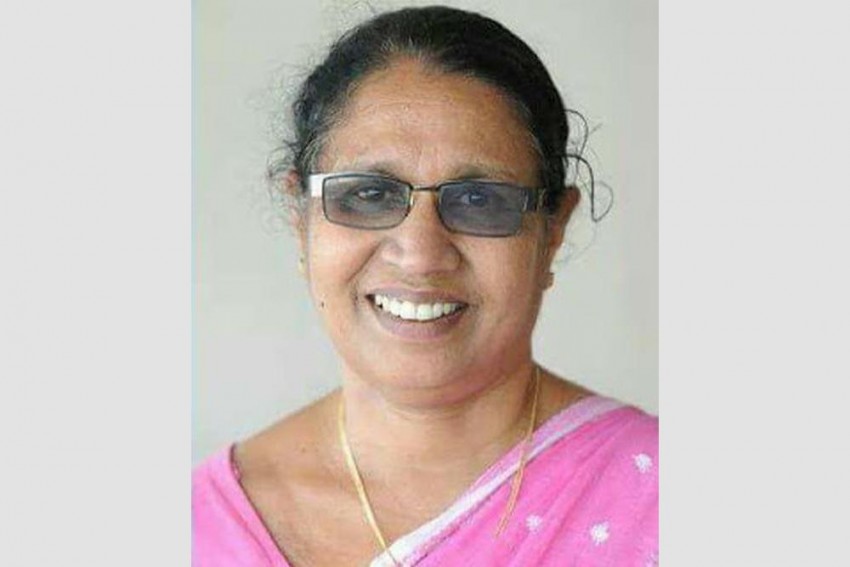 Kerala Women's Commission Chairperson M C Josephine has resigned a day after her insensitive remark to a complainant of domestic violence invited protests in the state.

Josephine’s harsh remark to a woman complainant of domestic violence came during a live television programme of a Malayalam channel on Wednesday causing embarrassment to the ruling CPI(M).

Josephine had explained her stand with regard to the comments made by her in the ongoing CPI(M) state secretariat meeting.

Sources said she had been instructed by the party to tender her resignation.

"She will tender her resignation letter to the chief secretary soon," a party source said.

The opposition Congress and BJP had condemned her behaviour and sought her resignation.

Josephine, while attending the television show asked the woman, who alleged that she was being harassed by her husband and mother-in-law, if she had filed a police complaint against them.

When the woman replied in the negative, Josephine could be seen reacting angrily, and asked her to "suffer" for not approaching the police.

The woman told her that she was married since 2014 and had no children and alleged she was constantly being assaulted by her husband and mother-in-law.

The video of the women panel chief's behaviour on live TV has gone viral on the social media, with demands pouring in for her resignation, even from netizens with Left leaning, on her insensitive attitude.

Josephine, a central committee member of the ruling CPI(M), in a press statement, later expressed regret.