Ram Madhav said the national leadership is aware of the 'correct history' and therefore, it will not give any space to Talibani or separatist forces to create violence or divide people in the country, be it Kashmir or Kerala. 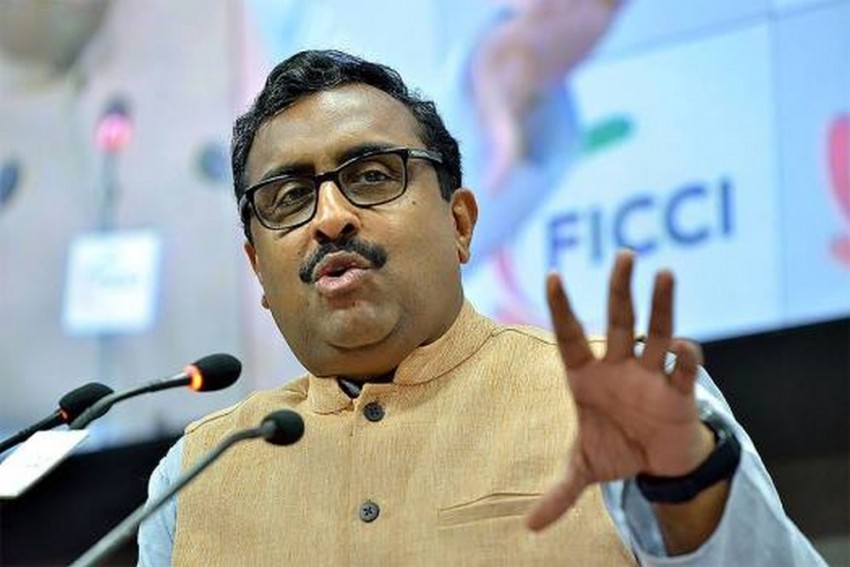 RSS leader Ram Madhav claimed on Thursday that the Moplah rebellion, also known as the Mappila riots, of 1921 was one of the first manifestations of the Taliban mindset in India and the Left government in Kerala was allegedly trying to whitewash it by celebrating it as a communist revolution.

Ram Madhav, a member of the National Executive Committee of RSS, was speaking at an event held at Kozhikode in remembrance of the victims of the violence during the 1921 rebellion in Kerala.

He said the national leadership is aware of the "correct history" and therefore, it will not give any space to such Talibani or separatist forces to create violence or divide people in the country, be it Kashmir or Kerala.

He said that presently, world over, everyone's attention is focused on Taliban's capturing of power in Afghanistan and they are being reminded, by the media, about the atrocities committed by the Taliban in the past and even now.

However, for India it was "not a new story" as this Taliban mindset, born out of certain fundamentalist radical Islamist ideology, first manifested here in the form of the Moplah rebellion and as the media presence back then was not what it was now, the atrocities committed then were not widely publicised, he alleged.

As the brutalities and violence committed back then was not known to everyone, the Left government was trying to whitewash or conceal what happened and was celebrating it as a communist revolution against the British and the bourgeois by encouraging production of films which showcase the rebellion's leaders as "heroes", Madhav, the former National General Secretary of BJP, contended.
"We have a Communist government here in Kerala. They are trying to project it (Moplah rebellion) as a movement against the British or a communist revolution against the bourgeois or zamindars.

""They want to celebrate it in a totally different manner. They want movies to be made on 'heroism' of the rebellion leaders. The Leftist liberal cabal is trying to whitewash it (Moplah rebellion)," he alleged and said "that world over the Left is known for distorting the facts. It is in their genes."

Left historians in the state have argued that the Malabar rebellion should be seen as a peasant struggle against the Hindu feudal landlords in the region.

But the matter is still being debated in Kerala society on the nature of rebellion-- whether it is an anti-colonial movement that took a communal turn or merely an action by religious fanatics.

Madhav further said that the 'Talibani' mindset created back then was responsible for India's partition in 1947.

He said the other manifestations of this mindset were seen in the atrocities committed in Bengal in 1946 and later against the Kashmiri pandits.

"Talibanism has become a streak in the country and every time whitewashing happens. However, if you forget history, you are condemned to repeat it. Remembering it ensures that we do not repeat it," he said.

He further said that the evil of 'Talibanism', of hardline Islamist ideology, "will consume all religions, including Muslims."

"When such a Talibanist mindset grows, it spares no religion," he added.