Key Verdicts By Supreme Court In The Year 2020

In 2020, the top court faced a barrage of criticism over allegations of not acting swiftly towards the plight of lakhs of migrant workers. 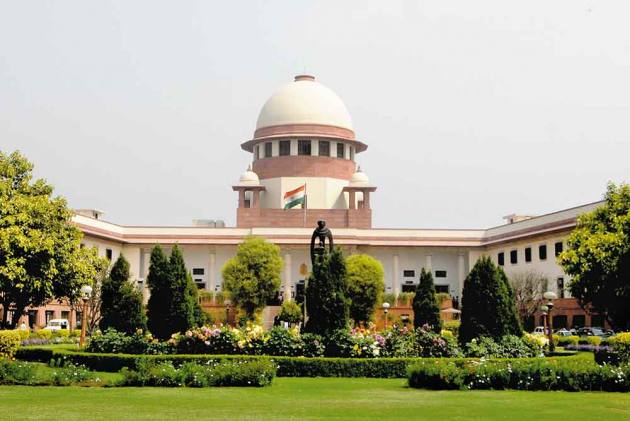 Wide-ranging directions passed in the “world war” against Covid-19 to alleviate the plight of citizens and keeping the wheels of judiciary turning by delivering several key verdicts, including the one which led to the hanging of four convicts in the sensational Nirbhaya gang rape and murder case, were the key imprints left by the Supreme Court in 2020.

All the odds notwithstanding, the apex court kept delivering verdicts having far-reaching impact, including the orders passed in matters related to anti-Citizenship Amendment Act (CAA) protest at Shaheen Bagh, to the latest order on farmers’ agitation against new farm laws at Delhi’s borders.

Besides, it took a giant leap towards gender justice by granting permanent commission for women officers in the armed forces.

The year also saw the top court face strong criticism on various counts even as it upheld free speech and expression for the citizens.

As the country came to a standstill amid the coronavirus-induced lockdown, the apex court not only swiftly evolved a system and switched to video conferencing and e-filing instead of physical hearings but also showed the way to other courts across India to ensure that citizens continue to have uninterrupted access to justice.

While it held in the Shaheen Bagh case that public spaces cannot be occupied indefinitely and demonstrations have to be in designated places alone, it said that farmers’ agitation should be allowed to continue “without impediment” as protest is a fundamental right.

The top court stood firmly with the cherished freedom of speech and expressions for citizens, especially the media, by granting protection to scribes like Vinod Dua, Arnab Goswami and Amish Devgan and famously observed: “India's freedom will rest safely as long as journalists can speak to power without being chilled by a threat of reprisal.”

The apex court, which refused to stay the operation of CAA without hearing the Centre, said that a five-judge Constitution bench would decide its validity. Similarly, it has sought response of the Centre on a batch of pleas against the new farm laws.

The year also witnessed unprecedented controversy when Andhra Pradesh Chief Minister YS Jagan Mohan Reddy made allegations against Justice N V Ramana, who is in line to become the next Chief Justice of India, in a letter to incumbent CJI S A Bobde.

Later, while speaking at a condolence meet for former top court judge AR Lakshmanan, Justice Ramana said greatest strength of judiciary is the faith of people in it and judges must be “steadfast in holding on to their principles” and “fearless in their decisions” to withstand all pressures and odds.

In 2020, the top court faced a barrage of criticism over allegations of not acting swiftly towards the plight of lakhs of migrant workers, who started returning to their native places from big cities with their families trudging hundreds of miles due to the sudden nationwide lockdown.

It took cognisance of several COVID-19 related issues, including on migrant workers in which it passed a slew of directions to ensure that they reach home safely and are provided with food and shelter, and also on providing treatment as well as dignified handling of dead bodies in hospitals.

The country’s wait for justice in the 2012 Nirbhaya case was over when the four convicts were hanged on March 20 after the apex court, during an unprecedented pre-dawn hearing at 2.30 AM, dismissed the plea filed by one of the convicts challenging the rejection of his second mercy petition by the President.

Contempt cases in the apex court hogged the limelight during the year but the matter which caught the attention was the conviction of activist-lawyer Prashant Bhushan for criminal contempt for his two tweets against the judiciary.

The apex court, which imposed a “nominal fine” of Re 1 on Bhushan saying he had attempted to “denigrate the reputation of the institution of administration of justice”, later in the year issued show-cause notices to stand-up comedian Kunal Kamra and cartoonist Rachita Taneja for their alleged scandalous tweets against the top court.

One of the high-profile matters in the apex court was the alleged suicide of actor Sushant Singh Rajput. It led to a political storm from Maharashtra to Bihar, and the court accorded its approval for a CBI probe into the FIR against actress Rhea Chakraborty in connection with the "unnatural death".

The high-drama over encounter killings of gangster Vikas Dubey and five of his alleged associates, days after eight cops of Uttar Pradesh Police were gunned down by the dreaded criminal, also reached the top court which approved the state’s draft notification for appointing former apex court judge Justice (retd) BS Chauhan as chairman of the 3-member inquiry commission.

Similarly, the furore over Hathras gang rape case and late-night cremation of the victim also reached the apex court which said CBI probe into the matter will be monitored by Allahabad High Court and CRPF would provide security to victim’s kin and witnesses.

The high-stake corporate battle involving Tata Sons and Cyrus Investments continued through the year in the top court. In January it stayed the NCLAT order restoring Cyrus Mistry as executive chairman of Tata Sons and this month, reserved the verdict on cross-appeals filed by them.