The wreckage of the HRTC bus was traced but no trace of the missing Bolero has been found so far. 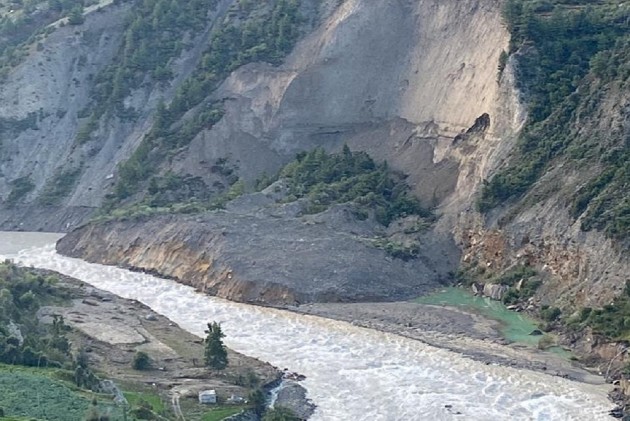 Three more bodies were recovered from the site of the landslide in Himachal Pradesh's Kinnaur taking the death toll to 20. Nearly 20 persons are still reported missing even as the rescue and search operation continues at the ill-fated site.

Special secretary State Disaster Management Authority, Sudesh Mokhta, said Saturday morning that one more body was retrieved early this morning ,after an earlier recovery of one body on Friday .

Thirteen persons were rescued safely during the operation in the initial 48 hours.

The teams of the NDRF, ITBP, police and other volunteers continue to search for more bodies and also a missing private vehicle—Bolero as no trace of this vehicle has been found so far.

The wreckage of the HRTC bus was, however, traced a day earlier.

The district administration still fears nearly 18 to 20 persons are missing as per information from the family members, who reached the spot and continue to wait for tracing the bodies .

“There is still hope about a survivor but we have to continue searching as there is fear about the bodies buried under the debris. The police have been asked to deploy sniffer dogs to help the search teams,” said a NDRF official .

“There is no danger to the local inhabitants who were temporarily shifted to safer places from 11 villagers in the vicinity of the landslide site,” said DC Lahaul Spiti Neeraj Kumar.

The flow of the river was blocked on Friday morning following breakdown of the mountain, the debris of which disrupted the flow of the river and eventually caused a massive formation of a lake that posed a threat to nearby homes and agricultural fields.

No fatalities or injuries were reported.

Chief Minister Jai Ram Thakur has expressed satisfaction over the normalisation of the water flow in Chenab as he also tweeted to indicate that sections of the river had resumed its flow, reducing the danger of floods along the riverbank.

" I also humbly request local people not to go near riverbanks and landslide-prone areas," Thakur also cautioned the natives.

A high-level team led by cabinet minister  Dr Ramlal Markanda also visited the area to take stock of the situation.