Somaiya, an old BJP hand and one of its leading speakers on economic issues in Parliament, had been a trenchant critic of the Sena. 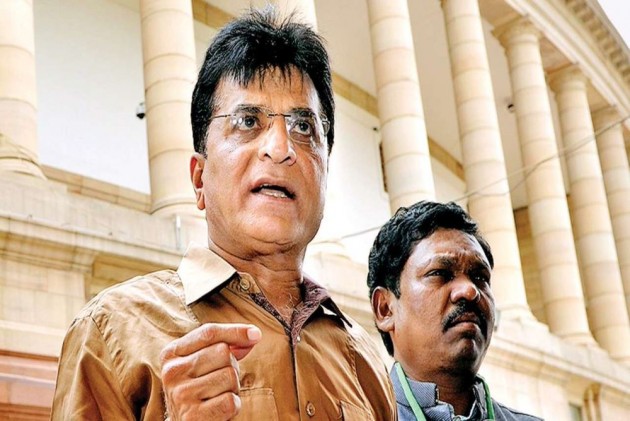 The BJP on Wednesday dropped its sitting MP Kirit Somaiya as its candidate from Mumbai North East after his name was opposed by ally Shiv Sena and also announced its nominees for the Lok Sabha election against key opposition leaders like Sonia Gandhi of the Congress and SP's Akhilesh Yadav.

Our Thinking Is One, Our Ideology Is One And Our Leader Is Also One- PM Modi: Uddhav Thackeray

The BJP has named Dinesh Pratap Singh, a local strongman who had left the Congress to join it last year, as its candidate against Sonia Gandhi in Rae Bareli.

The seat has long been a bastion of the Gandhi family with the former Congress president representing it in Lok Sabha since 2004.

On Mumbai North East constituency, Shiv Sena had been bitterly opposed to Somaiya's candidature. And the BJP's decision to replace him with Manoj Kotak underscores its keenness to keep its Hindutva ally in good humour.

Somaiya, an old BJP hand and one of its leading speakers on economic issues in Parliament, had been a trenchant critic of the Sena.

The BJP named Chandra Sen Jadun as its candidate from Firozabad. The SP had won from Azamgarh, Mainpuri and Firozabad in 2014, with members of its ruling Yadav family emerging victorious.

With the latest list of candidates, the BJP has named its nominees on 383 Lok Sabha seats for the election to 543-member House.