Elangbam Ranjita wrote to the state government on Tuesday, a day after the Supreme Court set free political activist Erendro Leichombam held on the same charges. 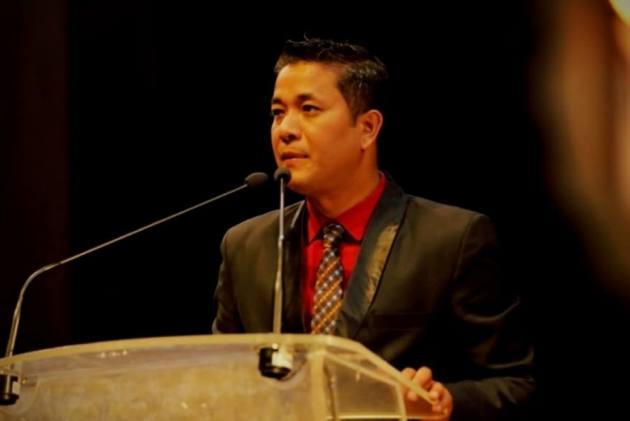 Jailed Manipur journalist Kishorechandra Wangkhem’s wife has asked the state government to release him and also revoke charges slapped on him under the stringent National Security Act.

Both Erendro and Kishorchandra were arrested on May 13 following Facebook posts that said cow dung and cow urine did not cure Covid-19 after state BJP president S Tikendra Singh succumbed to the virus. The chief judicial magistrate, Imphal West, granted them bail on May 17, but the state government held them back after charging them under the NSA.

Journalist Languishes in Jail Over Facebook Posts In Manipur

In her letter, Ranjita said that since both were held on the same charges and Erendro has been released her husband should also be treated similarly.

“The allegations and invoking a section of law/Act against the said two detainees are same, however, my husband’s detention order has not been revoked by the concerned Authority. I request your Good offices to revoke the NSA slapped against my husband so that further proceedings or any lawful step or course of action may also be dispensed with,” Ranjita said, urging the chief secretary to consider her representation “in the interest of justice”, she wrote in her letter addressed to the chief secretary. Kishorchandra is being detained in the Manipur Central Jail, Saijwa.

Meanwhile, the Supreme Court on Tuesday issued notice on a prayer seeking compensation for Erondro’s illegal detention. It said the detention of Erendro was a serious matter where he lost his liberty for months.

A bench comprising Justices D.Y. Chandrachud and M.R. Shah said, “It is a serious matter. Someone has lost their liberty since May!”

The bench granted two weeks to the respondents to file their reply on the issue of compensation.