Explainer | Why Tripura's Karbong Tribe Is On The Verge Of Extinction

Hardly 250 people belonging to 60 to 70 families remain in Karbong tribe. Their population is getting reduced fast due to intertribal marriage, poverty and lack of proper education. 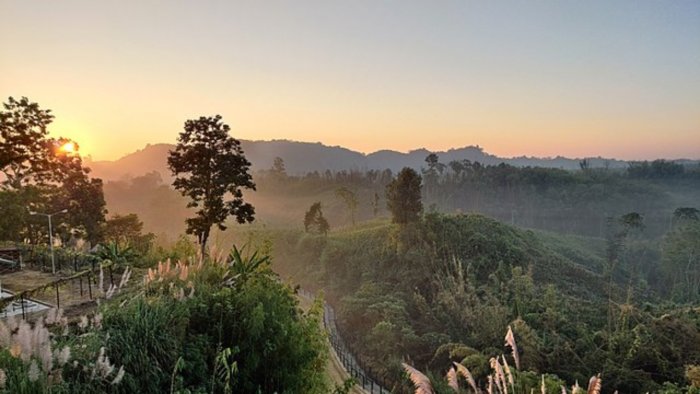 The Karbong, a sub-tribe of Tripura's Halam community , whose leaders were once among specially invited guests at the erstwhile kingdom's royal palace, are now on the verge of extinction, experts said on Monday.

Nestled in a tribal hamlet at Champak Nagar in Barmura ranges of West Tripura district, about 40 to 50 families of the Karbong sub-tribe are now finding it hard to make ends meet with lack of facilities such as educational institutes, healthcare and drinking water, while another 10-15 live in neighbouring Dhalai district, officials said.

Who Are The Karbong Tribe?

The Karbong are a small group of people belonging to the greater Halam Community. The history of the Karbong is yet to be known. They say that they have been residing in Tripura for a long time but they cannot specify the time or name of the king who permitted them to settle there.

The traditional economy of the Karbong consisted of gathering leaves, tubers from the jungles; hunting wild animals and birds, catching fishes from the rivulets of water legged areas near their habitation. All these vocations indicate their habit of food gathering. Again as producers, they practise Jhum cultivation, till the plain tracts, rear domestic animals and birds, maintain fisheries and get involved in cottage industries. With the fast-changing social order, they also changed their orthodox attitudes and got inclined towards various jobs for earning livelihood.

A mere 250-odd people belonging to the tribe now live in West Tripura and Dhalai districts, they said.

Efforts To Save The Tribe In Vain

“I can vividly remember visiting the royal Ujjayanta palace at Agartala thrice during Durga Puja festivities when Bir Bikram Kishore Manikya Bahadur was the ruler,” said Bishurai Karbong, an octogenarian from the tribal community.

Manikya rulers had tried to educate the Karbongs and arranged for teachers, but it did not work out well, said Harihar Debnath, an expert on the sub-tribe.

Autonomous District Council had, in 1989, set up a primary school in the Karbongpara village but it started functioning only in 1993.

Three teachers were appointed and 15 students admitted to the school but most of them dropped out midway, he said.

Population Declining Due To Inter-Tribal Marriages

“Hardly 250 people belonging to 60 to 70 families remain in Karbong tribe. Our population is getting reduced fast due to intertribal marriage, poverty and lack of proper education," said Rabimohan Karbong, an elder from the community.

Numbers have been coming down over the years, according to tribal elders. Since Karbong is considered a sub-tribe despite having a language distinctly different from all other tribes, India's Census does not count them separately.

According to a 1940 gazette notification, there are 19 tribal groups in Tripura with the Karbong community being included in the Halam group. Recently, they were granted Scheduled Tribe status by the Centre.

Karbongs And Their Differentiating Language

Endangered 'Karbongs' differentiate themselves from other indigenous tribal groups through their language, which is different from Kokborok, the lingua franca of most tribal groups in Tripura.

All of them profess Hinduism, experts said.

According to UNESCO classification of languages, any language spoken by less than 10,000 people is considered ‘potentially endangered’.

Tripura Autonomous District Council (TTAADC) former executive member Radhacharan Debbarma expressed concern over the present condition of the Karbong sub-tribe, which is "one of the micro tribal groups in the world and likely to be extinct soon unless proper measures are taken to protect their identity".

“They should be settled in one place, their culture and language should be preserved and jobs should be created for their livelihood”, Debbarma told PTI.

What Do The Courts Have To Say?

The community came into the limelight recently when the High Court of Tripura on October 18 asked the Centre and the state government to form a team of experts to assess the present condition of the Karbong ethnic community and submit an affidavit on or before November 9.

Taking cognizance of a report published in a local newspaper about the tribal group, Chief Justice Indrajit Mahanty formed a division bench to look into it.

The division bench comprises Justice Mahanty and Justice Subhasish Talapatra. The high court told the advocate general of the state as well as assistant solicitor general on behalf of the central government to form a team of appropriate officials, "who shall visit the area, make an assessment of the area and needs of the area, Karbong community in particular, and submit its report by way of an affidavit on or before November 9".

“We further direct that if any emergent step needs to be taken in that area, the state as well as the Union of India, are free to undertake all such steps that may become essentially necessary without awaiting further directions from this court”, the court directed.

Advocate Harekrishna Bhaumick, has been appointed as amicus curie, for the case.