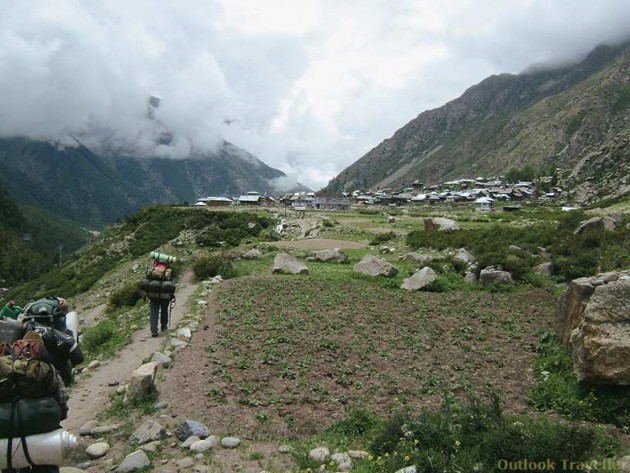 Geu, a village in Himachal Pradesh’s Lahaul and Spiti district, known for a 550-year-old mummified body of a monk, has this time grabbed attention for a surge in coronavirus infection.

According to deputy commissioner Pankaj Rai, 28 villagers in a population of 116 tested positive on Wednesday.

As many as 48 samples of the villagers were taken by the health care workers on Monday. The test reports revealed that at least 28 people were infected by coronavirus which means almost 58 per cent of the samples tested positive.

Last Man Standing In A Village Of 42 Corona Patients

Geu village, located close to the Indo-Tibet borders at a height of 10,000 feet—340 km from Shimla, has remained an interesting site for the researchers and foreigners due to the presence of a naturally preserved mummy in a monastery.

“It is believed the village had remained important for the Buddhist followers for decades,” said the deputy commissioner.

However, currently rising Covid-19 cases has set alarm bells ringing in the district administration.  The district has also been experiencing heavy snowfall due to which all roads are blocked. Movement of outsiders and tourism activities have been under a ban since the past two months.

Rai suspects the surge in Covid-19 cases could be because the villagers had participated in a condolence meeting at village Hurling following the death of a person a few days back. Apparently, social-distancing norms were not followed in the condolence meeting.

The administration has ordered a random sampling of the entire population in the Spiti valley leading to the detection of a higher number of cases in the district.

The state’s high altitude district had already reported over 1,000 cases and nine deaths due to coronavirus.

Currently, the exact population in the Spiti district would be about 15,000-20,000, after many families moved down to Kullu.

Just three days ago, barring one man, the entire population of 42 in Himachal Pradesh’s Thorang tested positive for coronavirus.

The spread of coronavirus in Himachal Pradesh has alerted the administration. The state tops the list of those having the highest positivity rate, which stands at 15.3 per cent according to the latest data on Covid-19 cases.