Kolhapur: Man Writes 'I Love You', 'I Miss You' On 2.5 Km Road For Girlfriend

One of the painted messaged read, 'I miss you. Zindagi ke saath, zindagi ke baad bhi'. 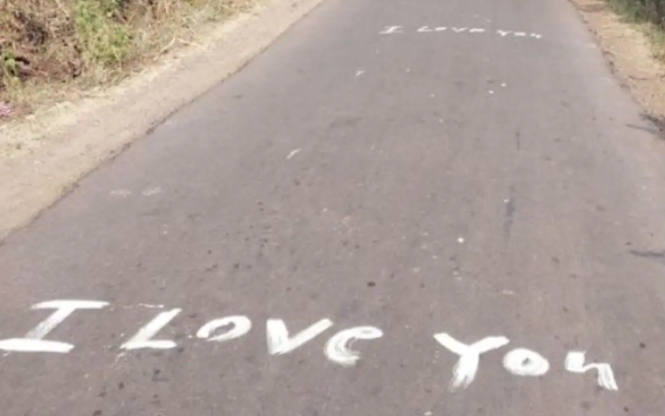 Putting all Bollywood mantras for impressing girlfriends to shame, a man in Maharashtra’s Kolhapur district went all out in expressing his feelings for his girlfriend.

An unidentified man in Kolhapur painted a 2.5 km-long stretch of road and wrote ‘I Love You’ and ‘I Miss You’.

One of the painted messages read, 'I miss you. Zindagi ke saath, zindagi ke baad bhi'.

The incident was reported on Tuesday when villagers woke up to notice the surprise messages.

The person behind the incident has not been identified, however, police suspects some youth from the village could be behind the mischief.