Citing terror threats, the West Bengal government has put the police on alert in view of the Durga Puja festivities in the state. 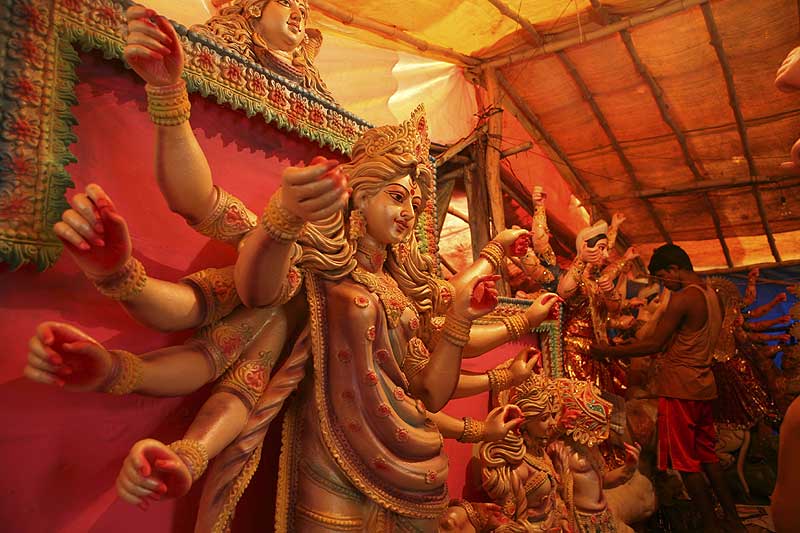 The Kolkata Police is on high alert amid the festivities across the city in West Bengal due to a reported terror alert.  The security forces have made several elaborate arrangements to counter any threats. These include deploying special forces' commandos across to counter any possible attacks, even as the city begins the nearly week-long Durga Puja celebrations on Monday.

All forms of precautionary measures have been taken in view of prevailing threats from divisive and terrorist groups to destabilise peace and harmony during the festivities, he said.
The Kolkata Police has decided to deploy commandos of its combat battalion and special striking force at 38 points in the city, the officer said, adding that 31 rapid patrolling teams have also been engaged.

"There would be a three-tier security arrangement in and around the city during the Durga Puja festival this year. In three divisions in south and southwest part of the city, we will have at least 18 patrolling teams, and the remaining groups will be in north and central Kolkata. At least 13 quick response teams have also been deployed,” the IPS officer said.

Citing terror threats, the West Bengal government has put the police on alert in view of the Durga Puja festivities in the state.

At least 13 special Heavy Radio Flying Squads (HRFS) have been engaged at important crossings such as Gariahat, Golpark, Rashbehari, New Alipore, and Chetla Central Road-Govinda Auddy Road, and PCRs (Police Control Rooms) will be in charge at 26 points across the city.
Security has been beefed up at metro stations, market places, shopping malls, popular monuments and important government offices, the officer said.

All community puja committees were asked to engage an adequate number of volunteers in the pandals to keep vigil on the movement of suspicious persons and inform the police in case of any emergency.

CCTV cameras and watchtowers were made mandatory for large Durga Puja pandals, the police officer added.