Modi became the first prime minister to stay overnight at the Math, the headquarters of Ramakrishna Mission. 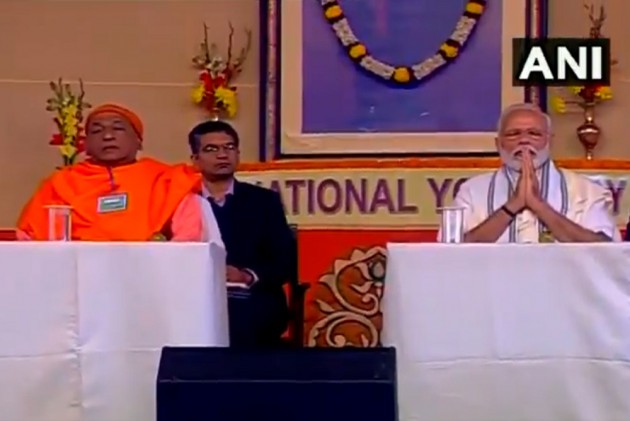 Prime Minister Narendra Modi on Sunday paid tribute to Swami Vivekananda on his birth
anniversary at the Belur Math, the headquarters of Ramakrishna Mission.

Modi, who became the first prime minister to stay overnight at the Math in neighbouring Howrah district, woke up early on Sunday and visited the temple of Swami Vivekananda to
pay respect to the spiritual leader, Mission officials said.

The prime minister then visited the main temple building and paid tribute to Sri Ramakrishna Paramahansa, they said.

Modi is scheduled to take part in the morning prayer meeting around 9.30 am at the Math premises, officials said.

The prime minister was received by senior monks of the order after he reached Belur Math on Saturday evening, taking the river route from Kolkata.

The PM is on a two-day visit to the city.