Health Minister Raghu Sharma said when he came to know about the green carpet being rolled out, he immediately directed the officials to no do such things. 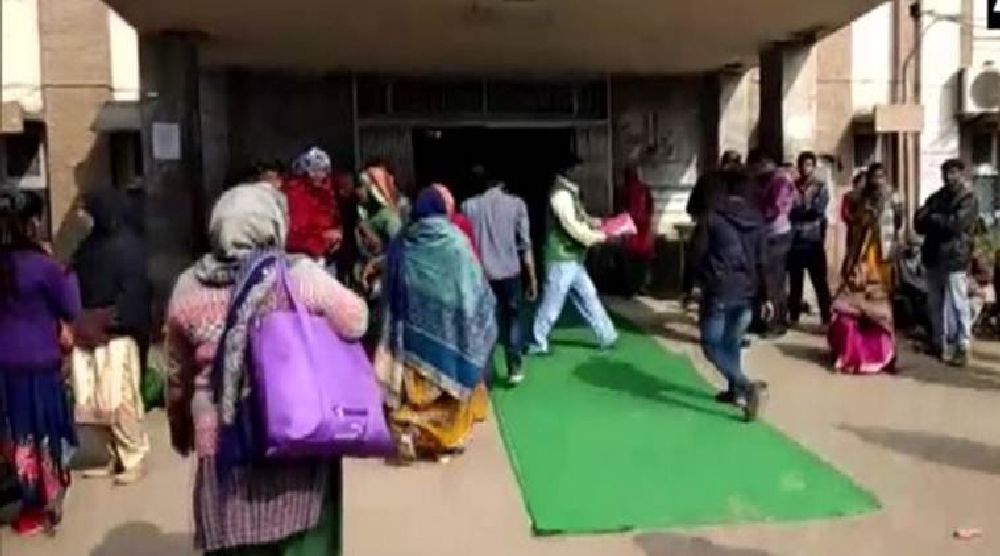 The state-run hospital in Kota, where more than 100 children died since December, rolled out a green carpet on Friday to welcome Rajasthan Health Minister Raghu Sharma.

After the opposition BJP and others castigated the move, the JK Lon Hospital administration removed the carpet shortly before the minister's arrival.

Asked about the preparations to welcome him at the hospital, Sharma said when he came to know about it he immediately directed the officials to no do such things.

The Kota Nagar Nigam removed at least 50 stray pigs from the premises.

The hospital management undertook several measures for the minister's visit. It had repaired damaged portions of the hospital, whitewashed the walls and organised all equipment early on Friday. Dysfunctional room-heaters and lights were replaced in kids' wards.

The hospital premises was being cleaned for 5-6 days and pigs were removed on Friday, said Kota Municipal Corporation Commissioner Vasudev Malavat.

Meanwhile, former NCW chairperson Mamta Sharma held the Ashok Gehlot-led Congress government responsible for the death of children at the hospital and demanded its dismissal.

She was not allowed to enter into the hospital due to aggressive protest by Congress workers.

On Friday, a 15-day-old female infant died at the hospital, pushing the death toll to 105 in the last 34 days. However, doctors at hospital termed it a premature birth.

The National Human Rights Commission (NHRC) has issued a notice to the Rajasthan government over the death of infants at the Kota hospital. The rights panel, in a statement, observed that the painful death of children in such a large number is a "matter of concern" for the commission.

"The state is duty-bound to provide basic necessary medical care to its citizens," it said.