Jadhav's trial by a Pakistani military court "hopelessly failed to satisfy even the minimum standards of due process", ex-solicitor general Harish Salve told the ICJ. 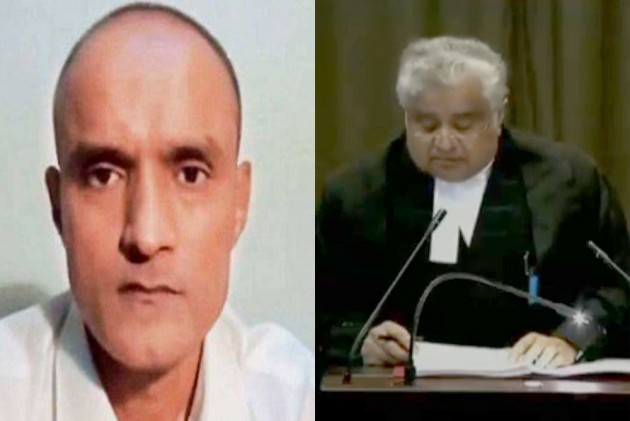 India on Monday urged the International Court of Justice (ICJ) to annul the death sentence pronounced on Kulbhushan Jadhav by a Pakistani military court, saying his trial "hopelessly" failed to satisfy "even minimum standards of due process" and should be declared unlawful.

Ex-solicitor general Harish Salve, who represented India, tore through the "opaque proceedings" of Pakistani military courts which try civilians against the international norms.

India's plea at The Hague came as the top UN court began a four-day public hearing in the case of Jadhav, 48, who was sentenced to death by a Pakistani military court on charges of espionage.

The Black Hole Of The Expendables

In his argument, Salve said Pakistan has sentenced 161 civilians to death in military courts in "opaque proceedings in the last two years".

International standards require that military courts like all courts must be independent, impartial and competent, and must respect minimum guarantees of fairness, he said.

"Pakistani military courts are not independent and the proceedings before them fall far short of national and international fair trial standards.

"Judges of military courts are military officers who are part of the executive branch of the government and do not enjoy independence from the military hierarchy," Salve said.

He claimed that the judges of the Pakistani military courts are not required to have judicial or legal training or even a law degree, and they do not enjoy any security of tenure which are prerequisites of judicial competence and independence.

"Jadhav's trial by a military court hopelessly fails to satisfy even minimum standards of due process and should be declared unlawful," he said.

"The military courts have been reinstated even after European courts (International Commission of Jurists) have expressed their reservations with the idea. They have emphasised the idea that military courts should only restrict to military trials, and civilians should not be tried in them at all," Salve argued.

He said that military courts of Pakistan cannot command the confidence of the ICJ.

"I would invite this court to keep in mind the relief to be granted in the backdrop of the fact that his (Jadhav's) trial has been conducted by a military court.

"Pakistan has knowing, wilfully and brazenly violated Article 36 of the Vienna Convention. Honourable judges, I respectfully submit that consequences must follow," Salve said, adding that the military court trial is unsatisfactory.

The military courts were first set up in January 2015 for two years for speedy trial of militants after the 2014 Peshawar school attack that killed nearly 150 school children.

Their tenure was extended for another two years in March 2017.

India seeks annulment of Jadhav's conviction, and directions that he be released forthwith," said Salve, the lawyer representing India and Jadhav in the case at the ICJ.

The four-day trial opened Monday at the ICJ headquarters here amidst heightened tensions between India and Pakistan following one of the worst terror attacks in Jammu and Kashmir by Pakistan-based Jaish-e-Mohammad terror group that killed at least 40 CRPF soldiers.

"India seeks relief in declaring that the trial by the military court in Pakistan hopelessly fails to satisfy even the minimum standards of due process... and should be declared unlawful," said Salve, the former solicitor general of India.

"Considering the trauma he (Jadhav) has been subjected to over the past three years, it would be in the interest of justice of making human rights a reality, to direct his release," Salve said on the first day of the hearing.

Pakistan claims that its security forces arrested Jadhav from restive Balochistan province on March 3, 2016 after he reportedly entered from Iran. However, India maintains that Jadhav was kidnapped from Iran where he had business interests after retiring from the Navy.

Making submissions in the ICJ that lasted nearly three hours, Salve said Pakistan's conduct doesn't inspire confidence that Jadhav can get justice there.

"Pakistan has in custody an Indian national who has been publicly portrayed to be a terrorist and Indian agent creating unrest in Balochistan...," he said, adding that there is no doubt that Pakistan was using this as a propaganda tool.

No "credible evidence" was provided by Pakistan to show his involvement in any act of terrorism and Jadhav's purported confession clearly appeared to be "coerced", Salve said.

He said Jadhav's continued custody without consular access should be declared "unlawful."

Salve said Pakistan filed the FIR almost a month after the arrest of Jadhav.

He said Pakistan was embarrassed to disclose the charges against Jadhav.

Salve read out the various sections and articles of the Vienna Convention under which foreign prisoners fall.

"The Vienna Convention is a powerful tool that ensures the facility of consular access to foreign nationals who have been put on trial in foreign trial," he said.

"Article 36 of the Vienna Convention says that a country must be informed about the detention of its citizens but Pakistan did not inform India about his arrest."

Without consular access, he said, "India has no information on what happened to Kulbhushan Jadhav in Pakistan."

"India and Pakistan have a bilateral agreement on consular access," he said. "Bilateral treaties cannot modify Article 36 of Vienna Convention. It could only supplement it."

Pakistan should have provided a substantial explanation for why it needed three months for providing consular access, upon which it could have claimed that it has complied with treaty obligation, Salve said.

Salve argued that Pakistan did not uphold the Article 36 of the Vienna Convention that states consular access applies all nationals, regardless of espionage claims in Jadhav’s case.

"This quite plainly, is an egregious violation of Pakistan's obligations under Article 36 of the Vienna Convention," said Salve.

He said Pakistan offered to allow Jadhav's family to visit him, the terms were agreed and the meeting was held on 25 December, 2017.

"India was dismayed at the manner the meeting with Jadhav's family was conducted and wrote a letter on 27 December marking its protest," he said.

Pakistan didn't send any details of the probe conducted by the Joint Investigation Team before informing the Indian side about the death sentence handed over to him. Jadhav did not get any lawyer during his trial, he added.

The ICJ adjourned the hearing till Tuesday when Pakistan will get the opportunity to present its case.

India moved the ICJ in May the same year for the "egregious violation" of the provisions of the Vienna Convention by Pakistan by repeatedly denying New Delhi consular access to the 48-year-old Indian national.

India, during the first day of the hearing, based its case on two broad issues -- breach of Vienna Convention on consular access and the process of resolution.

"It is an unfortunate case where the life of an innocent Indian is at risk," ex-solicitor general Harish Salve, who was representing India, said.

"Pakistan's story is solely based on rhetoric and not facts," he said, adding that Jadhav's continued custody without consular access should be declared unlawful.

The International Court of Justice (#ICJ ) to hold public hearings in the #KulbhushanJadhav case from today at The Hague.

It is expected that the ICJ's decision may be delivered by the summer of 2019.

Pakistan's Attorney General Anwar Mansoor is leading the Pakistani delegation at the ICJ while Director General South Asia Mohammad Faisal would lead the Foreign Office side.

India moved the ICJ in May in 2017 against the "farcical trial" by the military court of Pakistan against 48-year-old Jadhav.

Pakistan said that India did not explain how "a serving naval commander" was travelling under an assumed name. It also stated that "since Jadhav was on active duty, it is obvious that he was a spy sent on a special mission".

In its submission to the ICJ, Pakistan had stated that Jadhav is not an ordinary person as he had entered the country with the intent of spying and carrying out sabotage activities.

In the pictures issued by Pakistan after the meeting, Jadhav was seen sitting behind a glass screen while his mother and wife sat on the other side. They spoke through the intercom.

Later, India accused Pakistan of disregarding cultural and religious sensibilities of Jadhav's family members under the pretext of security by removing the mangal sutra, bangles and bindi of his mother and wife before they could meet him.

India also asserted that Jadhav appeared coerced and under considerable stress during the tightly-controlled interaction at the Pakistan Foreign Office.