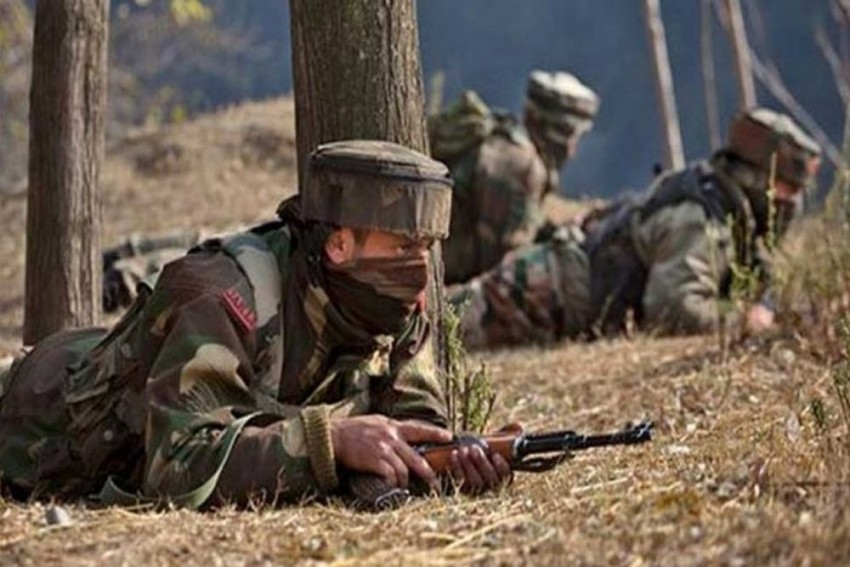 The police said two Lashkar-e-Toiba militants attacked the Border Security Forces convoy at Malpora Srinagar-Jammu national highway on Thursday afternoon. In the attack, no one was injured. But the militants took refuge in a nearby building leading to encounter between the security forces and the militants. The police said one militant managed to flee from the spot after the initial exchange of fire.  As intermittent exchange of fire continued, on Friday morning a body of one militant was recovered from the site.

Inspector General Police Kashmir, Vijay Kumar said soon after two militants attacked the BSF convoy, they were chased after which they took shelter in a nearby concrete building at Mir Bazar area on the highway. He said the police used rockets to kill the militants. “In the morning, during searches, we found one militant body as another one had managed to flee,” he said. The police recovered a large number of arms and ammunition including rocket launchers, RPGs, grenades, and Ak-47 rifles. The police said the militants were planning a big strike on the highway ahead of Independence Day and a major attack was averted. The police said the militants used the RPG (Rocket-Propelled Grenade) after a long time. Two drones used by security forces during the operation were shot down by the militants.  The police identified the slain militant as Usman, a resident of Pakistan, affiliated with LeT and was active for the past six months.

A police spokesman told a local news agency that keeping in view the huge and concrete structure of the building and to minimize the collateral damage, the drones were pressed in for monitoring the movement of militants hiding inside. The police said two drones were destroyed. In the encounter, two security force personnel received injuries, whereas two civilians were wounded far away from the site by stray projectiles.