There are chances of the Chief Minister facing pressures to act soft against PSO, who also happens to be his long-time aide from early days as MLA in 1998. 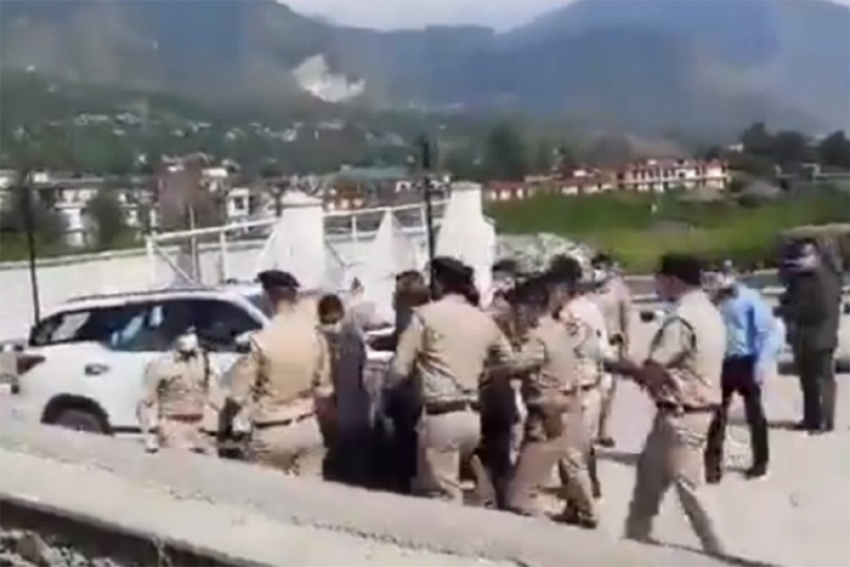 Himachal Pradesh government on Friday gave a clean chit to Additional SP Brijesh Sood, one of the police personnel involved in the Kullu slapgat, and posted him back as Additional SP (CM) security.

Orders to bring him back to the post he had held were issued this morning after Chief Minister Jai Ram Thakur returned to Shimla from his Mandi tour.

In the video that went viral on June 23, after the arrival of Union minister Nitin Gadkari at Bhuntar airport Kullu, Sood was seen facing a slap from former Superintendent of Police, Kullu, Gaurav Singh after their argument on the issue of VVIP security.

It was at this stage, CM’s PSO Balwant Singh swung into action and roughed up Singh. He kicked Gaurav Singh twice with his foot in full public view and also chased him upto a VIP vehicle.

Sood apparently did not get time to react against physical assault as Balwant Singh had already gone into a hyper action.

The government had placed former SP Kullu under suspension, apart from ordering suspension of erring PSO Balwant Singh. Both were also removed from their posts.

An inquiry ordered by Director General of Police Sanjay Kundu had indicted both Gaurav Singh and Balwant Singh even as censured Brijesh Sood too as inquiry reports had reported adversely against him for an attempt to tamper with VIP security.

Senior officials in the government said the Chief Minister was of the view that Sood has instead been a victim of Gaurav Singh’s unbecoming behaviour and was rather a victim since being slapped –an act of indiscipline in the service, particularly during VIP visit.

There are chances of the Chief Minister facing pressures to act soft against PSO, who also happens to be his long-time aide from early days as MLA in 1998.