Video footage of the incident had gone viral in June, prompting Himachal Pradesh Chief Minister Jairam Thakur to take action against the officers involved including his PSO. 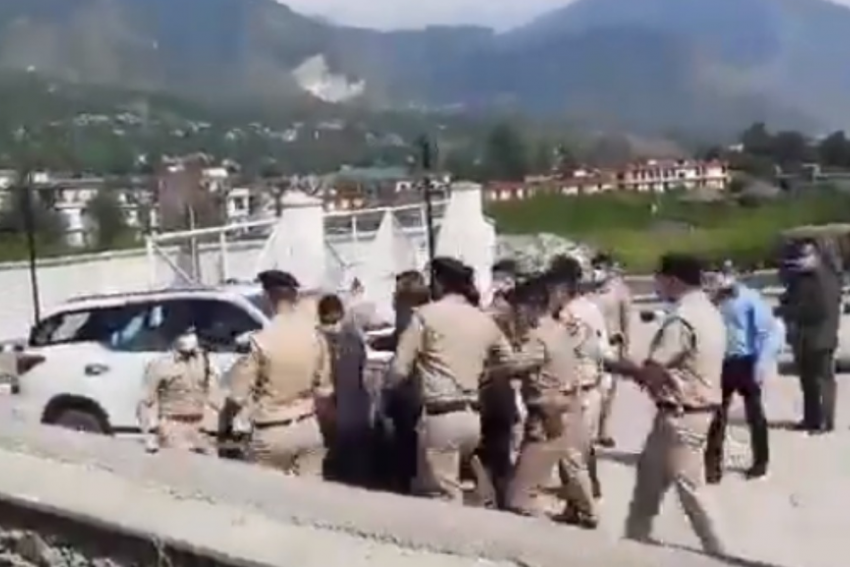 Former Superintendent of Police Kullu Gaurav Singh, who was suspended by the Himachal Pradesh government for allegedly slapping CM's additional SP ( security) during the visit of Union Minister Nitin Gadkari to Kullu, has been reinstated.

An order to the effect was issued on Saturday.

Balwant Singh, Chief Minister's PSO who kicked and pushed the SP Gaurav Singh at Bhunter airport during the unsavoury slapping incident has also been reinstated.

Video footage of the incident had gone viral which prompted Chief Minister Jai Ram Thakur to take action against the officers involved including his PSO.

During the inquiry, it had been found that Gaurav Singh had slapped Brijesh Sood after two had heated arguments on the VVIP cascade deputed for Union Minister for highways Nitin Gadkari at Bhuntar airport.

Sood insisted the protocol be "breached" to keep CM’s vehicle next to that of Gadkari to which Singh refused. During their argument, Singh lost his temper, raised his hand at Sood, and slapped him. This too had come in the viral video footage

In this commotion, an infuriated Balwant, standing next to Sood pounced upon SP and started kicking and roughing up Singh. The full footage later procured by the DIG Madhusudan clearly showed Singh slapping Sood.